The sexuality of Sherlock Holmes is something often discussed. While this has come up more in Benedict Cumberbatch’s Sherlock and even Robert Downey Jr’s, it may soon be more of a central conversation for Netflix’s Enola Holmes 2. According to what insider Daniel Richtman has shared with his Patreon page, the streaming service wants Henry Cavill’s Sherlock Holmes to be a bisexual character in the recently announced sequel.

Enola Holmes premiered in 2020. The movie stars Millie Bobby Brown as Sherlock Holmes’s little sister as she starts her own investigation into the whereabouts of her mother. While the story centers on Enola, Henry Cavill is definitely around as Sherlock. He’s a young detective in the movie. In Sherlock canon, the detective worked alone for six years before he began working with John Watson. The absence of Watson, and his role as a side character, is likely why Cavill’s Sherlock has escaped some of the speculations that often surrounds the character. The close relationship between Sherlock and Watson often leads to questions about the nature of their relationship. On top of this, in many Sherlock stories, his romantic interests are barely mentioned, if there at all. This leaves a lot of room for questions about his love life and his sexuality.

One of the issues surrounding the sexuality of Sherlock Holmes is who owns the rights to the character. If Daniel Richtman is correct and Netflix is considering establishing Henry Cavill’s Sherlock’s sexuality, this is something they’ll have to consider as they move forward. A person named Andrea Plunket has repeatedly claimed to hold the rights to the character. While she has been told in court that she does not, she still persists in her claims and has sold the rights to publishing houses before. While Netflix may not be too concerned about this as they are a major company, the possibility of Plunket suing them for establishing Sherlock’s sexuality is there. She threatened to make problems for the Guy Ritchie series for similar reasons.

Robert Downey Jr. flat-out said on The Late Show With David Letterman that he considered Sherlock Holmes to be gay when he played the character. However, this has never been firmly established in the movies. This was despite the character’s fiance, a woman, in the movie and the loud denial of these claims from Andrea Plunket. Plunket has said she would deny the rights to use the character if such a theme was fleshed out in the Guy Ritchie films, though as mentioned above, her “rights” are very much disputed. Seemingly without knowing Downey’s intentions with the character, Roger Ebert mentioned that the characters seemed to be in a romantic relationship in their review.

Establishing Henry Cavill’s Sherlock as bisexual for Enola Holmes would be a move that would put more pressure on other series that use to the character to do the same. If Enola Holmes advances to a place where Watson shows up, it will definitely raise fan questions about their relationship. We’ll have to wait and see if Daniel Richtman’s rumor proves out for Enola Holmes, but it only seems a matter of time before some series or another clearly states the character’s sexual orientation. The question is which series will be first, and how will they handle it? Then, how will future iterations react? 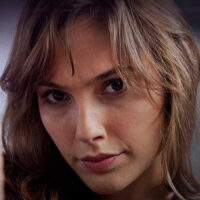