Tons of news has been breaking in the form of updates for the highly anticipated Obi-Wan Kenobi series on Disney+. The updates started with some first-look images of Obi-Wan, Reva, and Uncle Owen. Shortly after those images dropped, a teaser trailer showed us the live-action debut of the Grand Inquisitor and so much more. While fans were delighted with all of the new content being revealed, it begged a question: when are we going to see Darth Vader? Well, that time is now. The first image of Hayden Christensen returning as the Dark Lord of the Sith was just revealed. You can see the first-look tweet from Entertainment Weekly below:

Entertainment Weekly is certainly doing a fantastic job at hyping the fan base up for the Obi-Wan Kenobi series. Hayden Christensen also promises a “very powerful Darth Vader.” While we are not sure what that is going to entail, it sounds as if the Rogue One ending massacre will have to be topped. Ewan McGregor had already also revealed that Obi-Wan and Vader would go toe to toe at some point. For how long and in what capacity has yet to be revealed, but this new update means sound as if we are in for a real treat.

The Obi-Wan series takes place between the events of Revenge of the Sith and A New Hope. Anakin Skywalker (Hayden Christensen) had just turned to the dark side of the force and slain Padme without knowing that he had. Obi-Wan attempts to reason with the man, only to have to defeat Anakin and his ego, turning him into Darth Vader. With that happening and Order 66 being enacted to wipe out the Jedi from existence, you can best believe that Vader is going to harbor some deep hatred for his former master. The hope is that we all get to see a major fight between the two. Especially considering that Anakin is no more. While it is likely the Grand Inquisitor and Reva are the main antagonists for Obi-Wan, it sounds as if they could be playing their part in serving the higher power, which is Darth Vader.

Hayden Christensen returning to his role as Darth Vader has been a long time coming. Considering we saw the return of Temuera Morrison as Boba Fett; it was only fair to bring back the prequel Vader for one more run. One other secret that was asked of the man by EW, was if Anakin would be shown unmasked. According to Christensen, “I wish I could tell you,” He continued, “I’m sworn to secrecy.” While this coy response might give away the true nature of what might happen, it sounds as if we are going to get to see the burned and twisted face of what was once Anakin Skywalker.

Obi-Wan Kenobi is set to air on Disney+ on May 25th. With what seems to be Obi-Wan hiding in secret, there may be little to no help for the remaining Jedi who have been cast out. Yoda is seemingly the only other master who had survived Order 66, but will he appear? We will all find these answers soon enough, but for right now, let’s all bask in the glory of all these amazing images. Hayden Christensen returning as Darth Vader is the newest and best offering yet. 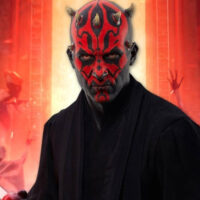