By Michileen Martin | 29 seconds ago

Ivan Reitman directed both 1984’s Ghostbusters and the 1989 follow-up Ghostbusters II. Considering it’s his own son — the already accomplished director Jason Reitman — directing the upcoming Ghostbusters: Afterlife, you might think making the new movie was nothing but a warm, fuzzy, nostalgia-fest for the father and son team. But according to a new interview, both older and younger Reitmans clashed behind the camera about the direction of the new addition to the franchise.

Speaking to Empire, Jason Reitman said part of what led to some of the biggest and most “lively” arguments on the set between him and his father was the inescapable truth that the two are very much alike. He said while, yes, they were both enjoying a “meaningful father-son experience” while making Ghostbusters: Afterlife, that they’re both “stubborn, creative forces” and that they when they disagreed, they disagreed passionately.

It’s still clear, however, that making Ghosbusters: Afterlife was a powerful experience for both father and son. In fact, according to Ivan Reitman, just hearing his son’s pitch for the film brought him to tears. He added that just thinking back on his son’s pitch can make him cry. Since many of the film’s details are being kept under wraps, we’ll have to wait until we can do more than guess about what drew such emotion out of Ivan Reitman, or what details about the film he and his son locked horns over.

Perhaps one of the more likely aspects of Ghostbusters: Afterlife to be plucking at Ivan Reitman’s heartstrings is the simultaneous physical absence and inescapable presence of one of the original Ghosbusters — the late Harold Ramis, who played the egghead Egon. Finn Wolfhard (Stranger Things) and McKenna Grace (Malignant) will play Egon’s grandchildren in the film and Carrie Coon (Avengers: Infinity War) will play his daughter Callie. Having fallen on hard times, the Spengler family will retreat to Summerville, Oklahoma to a home left to them by Egon.

While there are still plenty of spoilers kept under lock and key about Ghostbusters: Afterlife, the most recent trailer teased a number of returns. Most notably, the trailer ends with a man answering a red phone with, “we’re closed.” While you don’t see the actor’s face, the voice is unmistakably that of Dan Akroyd who played the hilariously over-eager Dr. Raymond Stantz in the first two films, whose sweet childhood memories — in part — are to blame for the creation of the Stay Puft Marshmallow Man.

Speaking of the Marshmallow Man, Stantz isn’t the only character from the first two films set to return. The trailer shows Egon Spengler’s grandkids chasing a slimer, Paul Rudd — who plays the teacher Mr. Grooberson — encounters a bunch of miniature Stay Puft men in a grocery store, and we also see Rudd running like mad from what appears to be one of the two terror dogs — Vinz Clortho and Zuul — from Ghosbusters.

Whoever else is set to reappear, we’re sure to find out in a little over a month. Ghostbusters: Afterlife is scheduled to be released exclusively in theaters Thursday, November 11. 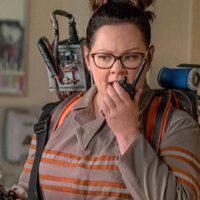 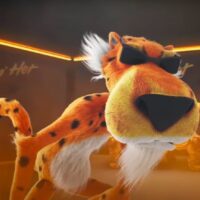 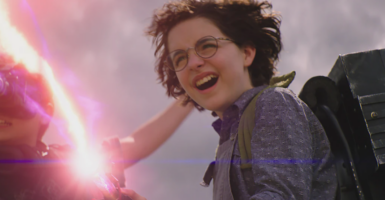 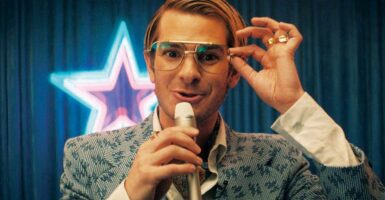