Dwayne Johnson has long said that the key to his success is to be the hardest working person in the room. With so many projects on his plate, most would expect that updates from The Rock would just be status reports on some of his major projects. Instead, he often lets slip that he has yet another endeavor in the works. He recently surprised fans when he told Men’s Journal that he’s working on a “badass” video game adaptation. Clearly, fans need to know what that is. Giant Freakin Robot’s trusted and proven inside source has shared that Dwayne Johnson is currently in talks with studios about making a Call of Duty movie.

This news from our source comes at a very interesting time. Back in 2015, Activision was talking about making a Call of Duty cinematic universe. In the middle of 2020, it was said that movies, in general, were no longer a priority for the company. In the short time that’s passed since then, things have changed in a big way for Activision Blizzard. The gaming studio has been facing many controversies. Now, the company is being acquired by Microsoft for a bargain $68 billion. These types of sales can lead to shaking things up and changing company goals, which may be the kind of opportunity Dwayne Johnson saw to get them back on board for a Call of Duty movie.

While our source shared that Dwayne Johnson is talking to the studios about a Call of Duty movie, we weren’t able to confirm what the story will be for the film. The first game took place in World War II, but the franchise has grown a lot since then and it’s unclear what direction the movie will take. It’ll be interesting to see how they decide to move forward with a first movie for such a massive franchise.

At this time, our source shared that Dwayne Johnson is in talks. Based on his interview, it sounds like he’s expecting those talks to go through. Of course, there are no guarantees. Hopefully, even if things don’t work out with Johnson, a Call of Duty movie will still move forward. The franchise has had some stops and starts attempting to make a movie in the past.

In his interview with Men’s Journal, the actor formerly known as The Rock said that while he can’t share details on the video game adaptation he wants to do, he expects the movie to be announced this year. He also assured fans that it’s one of the “biggest” and most “badass” games he could bring to the screen, and one that he’s been playing for years. That certainly matches up with Call Of Duty, a popular first-person shooter that’s been around since 2003.

This won’t be the first video game adaptation for Dwayne Johnson. Previously, he did Doom and Rampage. The 2005 Doom was a box office failure, but 2018’s Rampage was a blockbuster success. This speaks to a trend in Johnson’s acting career in general, as well as video game adaptations. These types of movies have a reputation for being terrible, but they’re picking up in recent years. It makes sense that Dwayne Johnson, an actor who is always jumping into new adventures, wants to get his hand in the world of video game adaptations at a time when they’re becoming more popular again. Hopefully talks go well and the story details will be revealed soon. 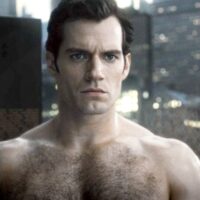 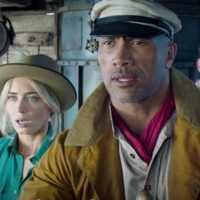