Famed and renowned British star, Emma Thompson, has taken on a new and challenging role for the film, Good Luck to You, Leo Grande. The British film centers around a widowed woman named Nancy Stokes, played by Thompson. Her character hires a male escort, played by Daryl McCormack, in order to fulfill what was missing in her previous marriage and to once again feel some sort of human connection in her life. Thompson discussed the intense rehearsals that took place in preparation for the intimate scenes in the film.

According to EW, during a Cinema Cafe Panel interview at the Sundance Film Festival where the movie premiered, Emma Thompson said, “Sophie, Daryl, and I rehearsed entirely nude and talked about our bodies, talked about our relationship with our bodies, drew them, discussed the things that we find difficult about, things we like about them, described one another’s bodies.” This process was a way to make the actors on set comfortable not only for their roles, but also to be confident in their own skin. Emma Thompson noted that at her age, she also felt that it wasn’t exactly easy to film such intimate scenes. “It’s very challenging to be nude at 62.”

The movie not only brought on new challenges for the Oscar-winning actress, but Emma Thompson also had discussions about women and their bodies, including the topic of plastic surgery. According to People, Thompson voiced her opinions and thoughts about plastic surgery. “Why would you do that to yourself, I simply don’t understand.” However, Thompson applauded the film, and what the movie was representing. In an interview with The Wrap, the actress stated, “I think one of the rare triumphs of this story and of this movie is that it presents the untreated body for one of those very rare moments.”

Emma Thompson had also previously stated that she admired how the film showcases the age gap between an older woman and a younger man. A majority of films in Hollywood will usually romanticize a relationship between an older man and a woman twenty years younger. Her new movie stands out as one that shows the opposite. Thompson believes this is the step in the right direction for the film industry.

Emma Thompson has been in the acting field for years, and has always given her best with whichever role she portrays. She has starred in films such as Sense and Sensibility, Love Actually, Much Ado About Nothing, and recently, Cruella. Thompson does well in giving all that she has when bringing a character to life, and leaves little room for disappointment for fans and critics. Her passion for what the film Good Luck to You, Leo Grande aims to promote and all the challenges it gave for the actress will definitely come across on the big screen in a skillful and artistic way.

Emma Thompson has voiced her feelings about taking on a film that explores bravery and sexuality at her age. Although the film offered new and unique challenges to the actress, a very supporting cast and director made the movie possible. The British movie has already premiered at the Sundance Film Festival and was directed by Sophie Hyde. It is pulling in solid critic reviews so far on Rotten Tomatoes, where it currently holds a 90% rating. The Australian director has filmed movies such as Animals and 52 Tuesdays in the past. 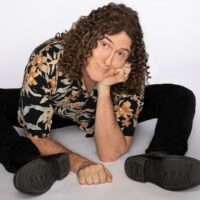 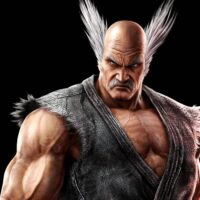 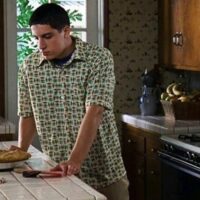 Jason Biggs Has The Best Name For His New Series 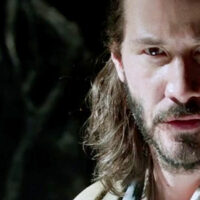