Doctor Strange is about to get Peter Parker in a whole heck of a lot of trouble when it comes to the Multiverse, seemingly opening up a whole portal’s worth of problems for the web-slinger when Spider-Man: No Way Home hits screens in just a couple of weeks. And then, after that, there’s going to be more Multiverse Madness when Doctor Strange 2 hits the big screen. Though that movie has faced some issues, it looks like more Marvel characters are being confirmed for the flick when it is all said and done. Murphy’s Multiverse found some IMDB clues that we are going to see folks from Loki as part of the action for this new movie. What would the Multiverse be without the trio of Tom Hiddleston, Sophia DiMartino, and Owen Wilson joining along for the fun?

Now, this Doctor Strange 2 casting news wasn’t completely confirmed because the actors weren’t added themselves to the cast list. But each of their respective stunt doubles now appears on the IMDB page meaning that it is looking very likely that we see Loki, his female variant, and Mobius M. Mobius in the mix somehow. Those are Chris Brewster (Wilson), Matt LaBorde (Hiddleston), and Sarah Irwin (DiMartino). From a story and plot perspective, a movie about the Multiverse would feel pretty incomplete without this group. After all, they were at the center of the struggle to keep Marvel’s Multiverse from opening up the first time. If Doctor Strange 2 is going to deal with the multiple realities then having the group “responsible” for disrupting the Sacred Timeline as part of the story makes perfect sense.

Again, while it isn’t confirmed that Tom Hiddleston, Sophia DiMartino, and Owen Wilson are joining Benedict Cumberbatch in Doctor Strange 2, it would almost feel weird not having them around. Dealing with the aftereffects of Kang the Conqueror’s release of the timeline at the end of Loki means that the Marvel Multiverse is coming into full effect with possible variants sprouting up all over the place. Loki gave us the first window into this relative mess when that series showed us just how many ways the timeline has gone askew.

Doctor Strange 2 adding some new characters to the story might be part of the reshoots that were reported a couple of weeks ago. The movie, set to release in May of next year, was said to be adding scenes and reworking some things later in the game than most films. That led some to speculate that it was in a bit of trouble with reshoots sometimes signaling bigger problems from a film or disagreements on the studio level. Cumberbatch and others have said though that the reshoots had more to do with getting things done that weren’t possible during the pandemic with Covid-19 regulations making certain scenes much more difficult to get done.

When it finally does hit the big screen, Doctor Strange 2 could have a whole host of Marvel characters hitting the big screen in what’s shaping up to be a pretty big ensemble cast. Of course, Cumberbatch is back as is mainstay Benedict Wong as Wong. Plus we know that Elizabeth Olsen is here, making her first Marvel appearance as Scarlett Witch after the events of WandaVision. Rachel McAdams will be here as well (possibly in multiple roles) and this film will introduce Xochitl Gomez as America Chavez. It’s set to be the Multiverse of Madness for sure and now looks like it will also include the trio from Loki as well. 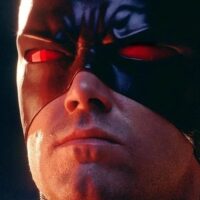