The meteoric rise of Christopher Nolan from indie filmmaker to maker of gigantic blockbusters has been truly impressive. In a little over twenty years, Nolan has become one of the most famous filmmakers of our time, largely due to turning unique original concepts into major movie hits. But maybe the first great example of Nolan’s powers as a singular filmmaker turning wild ideas into huge box office results came with 2010’s Inception, which will soon be coming to Netflix on February 1st.

After making smaller films like 1998’s Following, 2000’s Memento, and 2002’s Insomnia, Christopher Nolan tackled the Batman series with 2005’s Batman Begins. With this origin story, Nolan became an excellent new filmmaker to watch. Nolan followed this with two of his best: 2006’s The Prestige and 2008’s The Dark Knight, which became one of the highest-grossing films of all time. But with Nolan’s Batman trilogy getting ready to wrap, the director set his sights on taking grandiose ideas and visualizing them in ways that would engage a large audience.

Christopher Nolan had done this on a smaller scale already in his career. Memento told the story of a man trying to solve the murder of his wife, yet the film was told both forwards and backward. The Prestige became a magic trick pulled by Nolan, one that didn’t unveil its big secret until the film’s final moments. But Inception was on a scale unlike anything Nolan had ever done. Now that Nolan had proven he could successfully make a great blockbuster, he tried to do so with his own unusual concepts.

Inception was a huge undertaking for Christopher Nolan, with a $160 million budget, a remarkable cast, and a potentially confusing idea. Inception stars Leonardo DiCaprio as Dominic Cobb, a thief who steals information by entering the dreams of the subconscious. Cobb is offered an opportunity to have his criminal history expunged, if he can instead implant an idea in a person’s mind. Inception also starred Joseph Gordon-Levitt, Elliot Page, Tom Hardy, Marion Cotillard, Ken Watanabe, Cillian Murphy, and Michael Caine.

But audiences took to the mind-bending plot of Inception, with the film making $836 million worldwide, with $292 million of which coming from North America alone. Inception became one of the highest-grossing original titles of all-time, and proved that Christopher Nolan wasn’t just the director of fantastic superhero films, he has his own vision for crazy ideas that could sell to a major audience.

Inception is currently the #13 top-rated movie on IMDB, and holds an impressive 87% on the Tomatometer, with a 91% audience score. In his four-star review of the film, Roger Ebert said “Inception does a difficult thing. It is wholly original, cut from new cloth, and yet structured with action movie basics so it feels like it makes more sense than (quite possibly) it does.” Inception would go on to be called the #1 film of 2010 by Richard Roeper of the Chicago Sun-Times, Tasha Robinson of The A.V. Club, Kirk Honeycutt of The Hollywood Reporter, and Empire Magazine. The visionary work of Christopher Nolan had struck a chord with both audiences and critics alike.

Since Inception proved that Christopher Nolan could be a hit at the box office with confounding large ideas, the director has continued to make such gigantic efforts. After Inception, he would make 2012’s The Dark Knight Rises, but since, he has made only original ideas. In 2014, he would make Interstellar, and in 2017, he would receive his second Best Picture nomination for Dunkirk. Last year, Christopher Nolan released Tenet to theaters during the coronavirus pandemic. While the film was one of Nolan’s less successful efforts, it showed that Nolan was still turning ambitious concepts into major action films.

For those who have never seen Inception and want to experience Christoper Nolan’s ambitions for the first time, or if want to revisit it for the dozenth time, Inception comes to Netflix on February 1st. 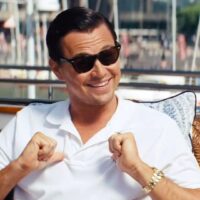 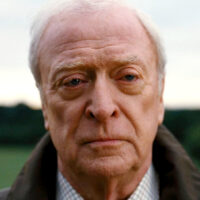