Chris Evans seemed to bid farewell to the role of Steve Rogers a.k.a. Captain America with his surprising final moments in Avengers: Endgame as an older version of the character. Even though that is a perfect final appearance for the superhero and actor, speculation has run rampant that the former Captain America could be returning to the Marvel Cinematic Universe in some capacity for a cameo appearance. The most obvious of these would be in The Falcon and the Winter Soldier as that show is directly dealing with the legacy that Steve is leaving behind. And it turns out that one of the stars of The Falcon and the Winter Soldier may have let slip that we can expect to see Chris Evans on the show in the last few episodes.

Wyatt Russell, who plays John Walker on The Falcon and the Winter Soldier, was being interviewed by BBC Radio 1 and was asked about meeting Chris Evans. His response was as cheeky as one might expect from actors who are trying to avoid revealing anything to spoilery, but towards the end of his response, it seems like he might be teasing a legitimate appearance between John Walker and Steve Rogers.

Here is what Wyatt Russell had to say about meeting Chris Evans. Pay attention to the very last part of his answer:

“Have I ever met Chris Evans? I think I have. I don’t think I’ve ‘shook his hand’ met him, but I think I’ve walked by him somewhere and made eye contact. That counts as being a stalker, that doesn’t count as meeting anybody. But, I guess it would. You just gotta wait until the end of the series and then everybody will be like, ‘Oh, wow.’”

That mention of the audience waiting until the end of the series seems to indicate that we should expect some kind of appearance or greater acknowledgment of Steve Rogers by the time The Falcon and the Winter Soldier wraps up. Does that mean that Chris Evans has shot something for the show? Could it be that Steve Rogers and John Walker don’t meet up but that we will get to see some kind of brief cameo from Evans? Perhaps a phone call over a screen or a pre-recorded message from Steve like Tony Stark left at the end of Avengers: Endgame? Whatever the case may be, Russell’s comment seems to point towards Steve popping up in some notable capacity before the show closes itself out.

Not having Chris Evans appear in The Falcon and the Winter Soldier would be something of a disappointment to the many fans that are watching the show. The entire series has hinged on what Steve Rogers has left behind as a symbol, and yet the show seems to be playing coy with what exactly has happened to Steve since the ending of Avengers: Endgame. We have not seen an official funeral service for Steve Rogers, and we imagine that would be a massive public affair like when a head of state passes away. Is Steve in hiding and simply pretending to be dead? Just what happened to him after he gave Sam Wilson the shield? There are questions that need answers and The Falcon and the Winter Soldier seems primed to do just that.

Granted, those final moments of Chris Evans as Steve Rogers in Avengers: Endgame are a nigh-flawless way to leave the character, but fans will always want to fill out the lore of these kinds of worlds so that no loose ends are ever left. Because of that, it looks like we can expect some greater form of finality when it comes to seeing Chris Evans one last time in the Marvel Cinematic Universe. 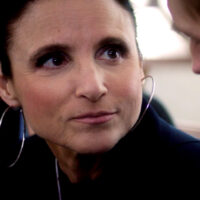