With series like Loki and The Falcon and the Winter Soldier, Disney+ has shown exactly what a more generous budget can do with a streaming original superhero series. According to some brewing rumors, DC’s shelved New Gods project could soon get similar treatment.

The report comes from We Got This Covered (WGTC), whose sources are apparently telling the site that Warner Bros. is considering turning New Gods into a series that would stream on HBO Max. The project was originally being developed for the big screen with Ava DuVernay (Selma) attached as director and co-writer, but in April word came that — along with the Aquaman spin-off The Trench — Warner Bros. and DC Films were opting to not move forward with New Gods.

As far as showrunners, writers, cast, release date, or any other more specific details about this supposed New Gods series, WGTC’s report didn’t mention it. However, when the news of the New Gods movie’s cancellation hit the web in April, Warner Bros. and DC Films stated, per The Hollywood Reporter, that the shelved projects would remain in the “skillful hands” of the respective creative teams if they were to be revived. Of course, a film and a TV show are two very different things, so we’ll have to wait and see if DuVernay is tapped for the series.

There’s never been any official statement from Warner Bros., DC Films, or anyone else attached to the project about why New Gods found itself on the shelf next to the unmade Nicolas Cage Superman movie. But, when they reported on the cancellation, THR speculated that Darkseid’s appearance in Zack Snyder’s Justice League — which is not considered part of the DCEU — had complicated matters, because the popular DC villain would also have been a major antagonist in New Gods.

Whether or not the series rumor is true, the argument could be made New Gods would work better as a series than a movie. Created by legendary comic book artist and writer Jack Kirby, the characters of New Gods are powerful aliens living on two different planets — the idyllic New Genesis and the hellish Apokolips. The villain Darkseid is doubtless the most well known New God, though he is only one of many. Other examples like Orion, Mister Miracle, and Forager have led their own solo comic book series. With that many characters, a series might give the story more room to breathe than a standalone film.

Of course, in at least one past case, that theory didn’t prove true. As recalled by ComicBook.com, Marvel Studios had an Inhumans movie in development as early as 2011 — before even the first Avengers hit theaters. In 2014, a 2018 release was announced for the film, but by 2016 the project had been taken over by Marvel TV. The Inhumans, like the New Gods, are less a superhero or villain team than a family of beings with powers. Also like the New Gods, their origins lay in the stars. And by 2018, Inhumans proved to be one of Marvel’s biggest failures, getting the axe (per Deadline) after only one season. 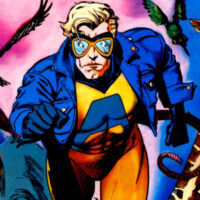 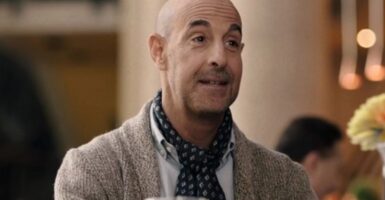