For a while there, Brendan Fraser seemed to disappear from Hollywood. The actor has only appeared in smaller productions in recent years. Now, he’s back in a huge way. His fans are entirely safe to celebrate this major win for the actor’s career. Fraser has just been cast in Killers of the Flower Moon, a film where he’ll be co-starring with names like Robert De Niro and Leonardo DiCaprio. The movie is being directed by Martin Scorsese, the filmmaker responsible for Taxi Driver, and Goodfellas. This announcement comes to us from Deadline, who also report that he’s joined the cast of Brothers, a comedy he’ll be working on alongside Glenn Close, John Brolin, and Peter Dinklage. While fans have noticed signs of a comeback in the past, this feels safe to report as the official Hollywood comeback moment for Brendan Fraser.

Killers of the Flower Moon is rumored to have a budget of $200 million, which will make it Martin Scorsese’s biggest production of his career so far. The movie was supposed to begin filming in 2020, but hit a few snags due to things like the pandemic. It officially began filming in April 2021 in Oklahoma. Production hit another snag when Robert De Niro suffered a leg injury, but that didn’t seem to stop things for long. The story is based on a non-fiction novel that covers the Reign of Terror in Oklahoma, and according to what Deadline hears, Brendan Fraser will be playing lawyer WS Hamilton. If true, it should be an important role. Lawyers had a lot to do during the Reign of Terror in Oklahoma.

The story, based on the non-fiction book by David Grann, covers a time when the people of the Osage Indian Nation in Oklahoma were the wealthiest people in the United States. Oil was discovered on their land, and while this led to great wealth, it also led to a string of terrible murders. In 1921, congress decided that the Osage people couldn’t handle their own wealth, and they were appointed white lawyers and businessmen as their “guardians”. These guardians then had a lot of motivation for murder. Brendan Fraser’s character may be one of these “guardian” lawyers, or one involved in the cases surrounding the deaths.

The Reign of Terror went on for years and no one was ever officially caught, though many believe that William Hale, a cattleman, was responsible for much of it. Robert De Niro will be playing Hale in the movie. It’s possible that if Brendan Fraser is playing a lawyer, he may be Hale’s lawyer. Hopefully, more details on his character and just how big his role is will be announced soon.

Brendan Fraser may not have been seen for a while in a new and major production, but the actor is still on screens everywhere. He played important parts in enough fan-favorite films that his movies are being streamed or aired on cable constantly. The star earned his name in films like The Mummy, George of the Jungle, and Blast from the Past. Hopefully, these announcements mean we’ll be seeing a lot more from him in this next stage of his career. 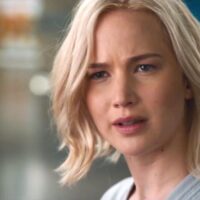