More than almost any other upcoming movie in the Marvel Cinematic Universe, and definitely around ones that are returning for sequels, Black Panther 2 might have the most questions currently surrounding it. Who will be the main character? How will they further the story without the iconic lead actor in the role? What happens in this world when one of its heroes has been lost? These and more are just some of the questions we have when considering the next film in the franchise. One thing we do know now though is that the next film has a title and a release date. Recent material coming from Marvel has the next film titled Black Panther: Wakanda Forever and hitting screens on July 8. 2022.

This recent Black Panther 2 reveal came via a video produced by the studio called “Marvel Studios Celebrates the Movies”. It is both a retrospective about the last phase of Marvel films as well as a look ahead at what is to come in the franchise. It’s definitely worth your three minutes if you are a fan of these films (or really any films). It gives a look back at some of the key moments from the last few years on screen and in the end, lets us know the things to come. One of them is the title of this next Black Panther film. Check it out:

This video is narrated with a voice-over from the late Stan Lee in one of the last messages he gave about the comic book universe before his passing. And in the end, we see that this next Black Panther has definitive news around it. With Black Panther 2 being titled Wakanda Forever we are led to believe that the next film will focus on this country and likely the changes it must go through having lost another leader. If the title tells us anything it’s that those left will have to band together to support each other, even more fully leaning into the idea that Wakanda, as a place, transcends typical ideas around home and country. It’s almost a character in and of itself, something the Marvel Cinematic Universe has worked hard to create.

Of course, these questions around Black Panther 2 are with a sad and solemn context. It’s because last summer the stunning news of Chadwick Boseman’s passing left the firm world reeling. Losing such a talent, a truly captivating presence on screen was a devastating blow. He was adored both in and out of the MCU and it was heartbreaking to learn of his death. Beyond just the tragic human element, there was the question of what would happen with Black Panther moving forward. Would they recast his character, pass the mantle to someone else in the universe or maybe even discontinue the movies? All seemed on the table and all felt like inadequate moves forward.

There were continued rumors that the franchise would move ahead with a Black Panther 2  having another character from Wakanda get into the adamantium suit and claws. It’s still not totally clear who that will be but there’s continued speculation it will be Leticia Wright’s Shuri who will pick up the mantle. How they handle the passing of T’Challa isn’t known yet but they will address it for sure.

There are still many questions hanging out there for Black Panther 2. But with this Wakanda Forever news as well as a release date, things are setting up to have more answers sooner than later. 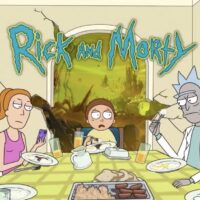