Anya Taylor-Joy is coming off one of the strongest single seasons of a miniseries/ limited-run show we’ve really ever seen. She took the world by storm playing Elizabeth Harmon, the genius level, but much-troubled chess player in The Queen’s Gambit. It’s already won multiple awards and there are almost definitely more to come. And of course, with anything that captured a part of the zeitgeist at the moment, folks want to know if it’s coming back in some way. Well, it wasn’t much, but Taylor-Joy did leave out a few crumbs about the possibility of a return to the story.

In an interview with ET following her win at the Golden Globe Awards, Anya Taylor-Joy was asked whether there were any immediate or future plans for The Queen’s Gambit returning in some way on Netflix. Here’s what she had to say:

“Maybe… Not to disappoint anybody, but we just never thought about it. It was always a sapling to tree transition. You see her grow, you leave her in a good place. So we were genuinely surprised when people were like, ‘Where’s season 2?”

The operative word here is “Maybe”. There are clearly no immediate plans for a follow-up season or another limited run. But it also hasn’t been completely ruled out either. Whether Anya Taylor-Joy is playing a little coy or whether she’s actually rooting for a comeback to the character isn’t entirely clear. But obviously, the season wasn’t expected to have quite this monumental reception and that did leave everyone just a little unprepared for the conversation.

The Queen’s Gambit was one of the truly huge hits of the fall. It came out of nowhere to capture a huge share for the streaming platform. Starring Anya Taylor-Joy as Becky Harmon, a chess prodigy with a troubled background, the show made chess exciting, detailing the strategy, competitiveness, and pressure around the game that’s made it so popular. Taylor-Joy was phenomenal in the role as a clearly gifted, but obviously deeply-scarred young woman. It was a revelation in both storytelling and acting making the awards it’s received well-deserved.

But the questions around a follow-up season are only around its enormous popularity and less about whether we actually *need* more from this program. As a one-off story, I thought it came to do what it set out to do. I’d be shocked if there were more stories to mine out of this character considering where we last left Anya Taylor-Joy on screen. The Queen’s Gambit was great for what it was, I don’t think we need much else.

As with all things like this, money talks when making a decision around a show. There’s a chance Netflix sees some upside in bringing Anya Taylor-Joy back for another season. But I suspect we’ve seen her play her last round of chess on the streaming platform. And that’s probably the way it should be.

We might not get another season of The Queen’s Gambit, but you can check out Anya Taylor-Joy next in Edgar Wright’s Last Night in Soho which is currently in post-production. And following that, she’s got a role in Robert Eggers’ The Northman alongside Alexander Skarsgard, Nicole Kidman, and Ethan Hawke. So the actress has a full dance card right now. But that doesn’t mean we won’t one day see her as Becky Harmon once again. 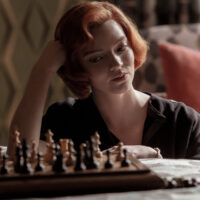 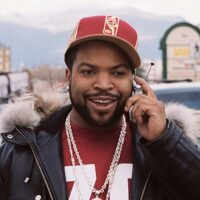 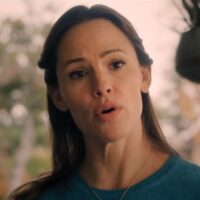 A New Jennifer Garner Movie Is About To Hit Netflix