Disney prequel stories are taking a turn for the heroic. Insider Daniel Richtman writes. Aladdin is reportedly getting the Han Solo treatment with a prequel movie of his own. The film will presumably be comprehensive and plot the abject conditions of his youth: from the genesis of Aladdin’s friendship with Abu to the damning circumstances that plunged our favorite street rat into a life of petty crime.

Assuming Richtman speaks the truth, there are plenty of ways Disney can go about rewriting Aladdin’s story. An Aladdin prequel could stay within form or opt for something more unpredictable. After all, charting a starving, impoverished orphan’s origins is about as straightforward as it comes; someone of Aladdin’s stature must’ve been born to someone equally poor, or perhaps abusive, leaving the young boy to fend for himself. In The Book of One Thousand and One Nights, the short story compilation upon which the 1992 animated feature was based, Aladdin was the son of a tailor named Mustapha. He lived in the slums of China (don’t ask) with his mother, who happens to still be alive. But like every Disney prequel has proved thus far, there’s always room for better. What if Aladdin was the illegitimate offspring of a neighboring prince or princess? Perhaps a monarch whose legacy would have been disproportionately sullied by a relationship with a commoner? Beginning the Aladdin prequel narrative with the plot point that changed his life would have classified as beautiful irony, and allow his story to end full circle.

In ancient China, people believed royals were mandated by Heaven to rule over the peasantry and serve the country. In other words, they were fated to run the show. Aladdin, who eventually succeeds Jasmine’s father as sultan, would have operated under the same system. So for him to stand worthy of the throne, it must follow he too possesses royal origins. An Aladdin prequel could revolve around the journey of a lost prince, driven away by family and completely unaware of his own storied history. Imagine the story of Oedipus, but without the more unsavory twists to complicate it.

A family drama could easily serve as a compelling source of conflict. At the same time, Disney had already adapted Aladdin’s origins for the screen. Aladdin and the King of Thieves, the direct-to-video sequel to Return of Jafar, introduced audiences to Aladdin’s father Cassim, the titular King of Thieves. Using his vast resources as infamous leader of the Forty Thieves, he left Agrabah in search of the Hand of Midas, a mystical artifact that can turn anything it touches into gold. He believed it was the only way to raise his wife and son out of poverty. In many ways, it’s a unique marriage of both options; Aladdin’s father isn’t royalty, but he’s still born of greatness, an outstanding thief like his old man.

Whichever path Disney goes for with the Aladdin prequel, expect a more intimate look into a fantasy epic where literally anything is possible. A great man is not without a couple of skeletons in the closet, which is to say Aladdin wouldn’t have grown up so cunningly resourceful without an upsetting past as an incentive for better. He may have already reached the pinnacle of his dreams, but there’s still no escaping a past that has broken him one too many times previously. There’s plenty of ammo there, as far as stakes and conflict go, and we can’t wait to see it. 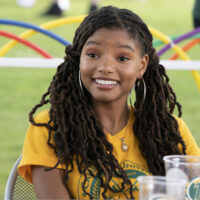