Amazon founder Jeff Bezos is no longer the world’s wealthiest person, as Elon Musk has now surpassed Bezos to claim the title. Bezos has been the richest man on Earth since October 2017, but a change in share prices boosted Musk above Bezos. Musk is currently worth $190 billion, which makes him a few billion richer than Bezos.

In the past year, Elon Musk’s net worth has grown by more than $150 billion, largely due to increases in Tesla’s share price, which grew 743%. A large reason why Jeff Bezos also no longer holds the title is due to his divorce from his ex-wife, MacKenzie Scott. In the divorce, Bezos had to give a quarter of his Amazon shares to Scott.

Jeff Bezos previously held the title due to the rise in popularity of Amazon, which pushed Bezos over Bill Gates. As Consequence of Sound points out, the years before Bezos took the top title were major years for Amazon. In the three years before Bezos became the wealthiest man in the world, Amazon introduced Amazon Music, Amazon Pantry, Amazon Prime Day, and offered same-day delivery to a much wider group of customers.

But with Jeff Bezos losing a significant part of his wealth due to his divorce, and Elon Musk’s wealth exponentially increasing in recent years, this shift shouldn’t be too surprising. Last month, Tesla’s market cap increased by more than $500 billion, which made it more valuable than the nine largest automakers combined. That means Tesla is more valuable than Volkswagen, Toyota, Nissan, Hyundai, GM, Ford, Honda, Fiat Chrysler, and Peugeot, combined.

This surprising amount of market capital for Tesla is even more shocking due to the fact that Tesla was expected to sell around 500,000 electric cars throughout 2020, which makes up less than 1% of total vehicle sales. In just the United States, it was expected that car sales would reach around 14.3 million for 2020. Yet many are betting that this is just the beginning of Tesla’s growth, as electrical vehicles become more prevalent around the world. This kind of growth puts Elon Musk above Jeff Bezos, for now.

But despite this, Elon Musk often acts flippant about his wealth. For example, in May of 2020, Elon Musk tweeted that Tesla’s stock price was too high, which led to Tesla’s stock falling more than ten percent. When the Tesla Owners of Silicon Valley Twitter account tweeted that Elon Musk was now the richest person in the world, Musk simply responded “How strange”. You’d never see Jeff Bezos complaining that Amazon’s stock is too high.

Meanwhile, Elon Musk keeps working on his various projects, whether it’s a neuralink brain chip that could allow people to communicate without talking, or to listen to music simply through thought, or combining the efforts of his SpaceX with NASA to send new ships into space. Regardless, it doesn’t seem like Jeff Bezos is too far behind, and there’s always going to be some new way for Amazon to make even more money. 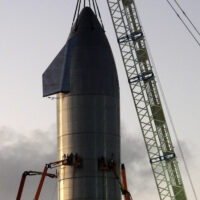