Dustin Diamond first became known at a pretty young age, playing a zany character on a very corny (but popular) preteen television show. But his career since then has been mired in issues and he’s dealt with a number of different struggles. And now it looks like things are getting much worse for the actor with the recent and heartbreaking news that he’s been diagnosed with stage 4 cancer.

On Thursday, Dustin Diamond’s management team announced the terrible news on Dustin Diamond’s Facebook page. They acknowledge that he was diagnosed with cancer along with ways to contact the actor to send condolences. Diamond had checked himself into the hospital over the past weekend with an apparent case of shingles. But in the ensuing tests performed it was found that he had cancer. He is beginning treatment, but obviously, this stage of the illness means cancer has metastasized and spread to other areas of the body.

Dustin Diamond first gained fame back in the late 1980s when he was cast as Screech Powers on the original incarnation of the Saved By the Bell series, titled Good Morning Ms. Bliss. But in 1990, the show transferred to the version we all got to know, and Saved By the Bell moved to its Bayside High setting with a much different feel and look.

Screech was a key piece of the show for its four-season initial run with Dustin Diamond playing a wacky and doof-ish geek, purposefully out of place among the “cooler” group of Zack Morris (Mark-Paul Gosselaar), Kelly Kapowski (Tiffani-Amber Thiessen), A.C. Slater (Mario Lopez), Jesse Spano (Elizabeth Berkley) and Lisa Turtle (Lark Voorhees). His character acted as mostly a foil for the devil-may-care heartthrob Zack.

Over the next decade or so, Dustin Diamond would go on to reprise the character in other versions of Saved By the Bell including The College Years, Hawaiian Style, and The New Class. He had some other acting credits to his name after those shows ran their respective courses, but nothing close to what he had playing Screech.

And while many of the originally Saved By the Bell cast went on to bigger and better things in their respective acting careers, Dustin Diamond was embroiled in a number of different problems over the subsequent years. He filed for bankruptcy in 2001 and then in 2014 faced criminal charges for pulling out a knife in a bar fight. He was eventually sentenced to four months in prison.

And when the new Saved By the Bell revival was rebooted on NBC’s Peacock app, Dustin Diamond was noticeably absent though much of the original cast had returned in roles as adult versions of their characters. There were some rumors he could return in a cameo role in later seasons, but that wasn’t confirmed.

In all, stage 4 cancer for Dustin Diamond is quite serious and we are likely to get some reports on his well-being over the short term. Here’s to hoping the treatment efforts are successful and he’s able to make it into recovery. The world can’t lose Screech. 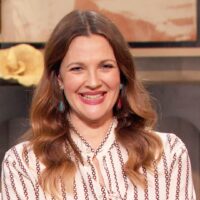 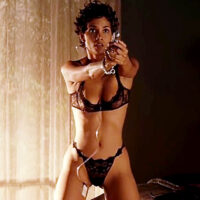