Hot on the heels of Disney apparently being unable to fill its reservations for its expensive Star Wars themed hotel, including reportedly distributing a survey to find out why (spoiler warning, Disney: Most people can’t afford thousands of dollars per night), the company is embarking on another big ticket item that is bound to attract literally… dozens of people. And actually, we mean that last part. Dozens — that’s all they’re allowing.

As reported by Deadline, Disney is announcing a travel package called “Disney Parks Around the World: A Private Jet Adventure.” As the name suggests, the package — which is limited to only 75 takers — involves travel across the globe in a private jet to all 12 of Disney’s theme parks. Stateside that means Magic Kingdom, Hollywood Studios, Epcot, and Animal Kingdom in Florida; and Disneyland and California Adventure on the West Coast in California. In Paris there’s Disneyland Paris and Walt Disney Studios Park; in Japan waits Tokyo Disneyland and Tokyo DisneySea; and finally there’s Shanghai Disneyland and Hong Kong Disneyland. And it’s all yours for the low, low price of $110 thousand!

Well, actually, that’s not completely true. The $110 thousand covers the cost for one person, but the package is designed for groups of two. So either you’ll pay $220 thousand, or you can just pay that measly $110 thousand plus a “single supplement” fee of $11 thousand.

Along with all those Disney parks, the 24-day trip will bring the few who can afford it to sites like the Eiffel Tower, the Pyramids of Giza, and the Taj Mahal. The 75 Scrooge McDucks who can afford the price will also get tours of the Lucasfilm Campus and the Walt Disney Studios. The tour will begin July 9, 2023 and finish on August 1 of that year. Deadline notes that the fare “to and from departure and return cities is not included in the cost.” That’s fair. What do you expect for a mere $220 thousand?

If you’re one of the 75 of Elon Musk’s best friends who can afford the Disney travel package, your travel across the globe will be aboard a “VIP-configured” Boeing-757 whose crew will include a physician, chef, and three “dedicated staff members.” Deadline’s report also promises “surprise guests.” Considering the wealth sure to be held by the patrons of this incredibly affordable trip, we’re sure all of these Disney employees will be treated with the kind of respect and dignity that you expect from your average P.O.W. camp guard.

If you do end up as one of the sweatshop-owning, Faustian tyrants on Disney’s “bucket list adventure,” make sure you don’t try to do something silly like propose to your partner. A couple of weeks ago a video from such a proposal at Disneyland Paris surfaced on Reddit. Apparently, the couple was somewhere they weren’t supposed to be, so a smug Disney employee interrupted the proposal by running between the couple and snatching the ring box out of the proposer’s hands. Some Redditors suggested that after the video surfaced, the employee was ground into the other employees’ food, but we can’t confirm that. 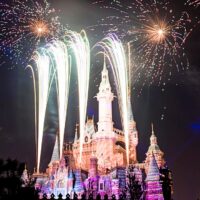