Outer Space Humor From Before Mankind Landed On The Moon 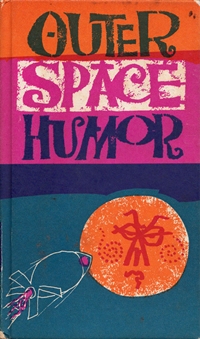 We have often opined, here at GFR, that merging science fiction and comedy is a tricky proposition, at best. When it works, you can get The Hitchhiker’s Guide to the Galaxy or Red Dwarf or Galaxy Quest. When it doesn’t, you get The Adventures of Pluto Nash. Or the American remake of Red Dwarf. You can decide for yourself where the long out-of-print 1963 book Outer Space Humor falls on that spectrum, but it’s pretty damned charming if you ask me.

The book was edited by Charles Winick, illustrated by James Schwering, and unearthed from the sands of time by the folks over at Brain Pickings. It’s the sort of silly little collection I can imagine my dad keeping on the desk in his room growing up, maybe memorizing the punchlines so he can retell them to his buddies during lunch at school. They are unquestionably cheesy, but if you can pry loose the irony-tinted classes for a second, Outer Space Humor is a great little fossil from a bygone age, when mankind had barely begun to step off the shores of our homeworld and into the deep waters of the cosmos. That’s a pretty daunting prospect even now, so we’d better keep our sense of humor…even if it’s just a sci-fi riff on this old chestnut: 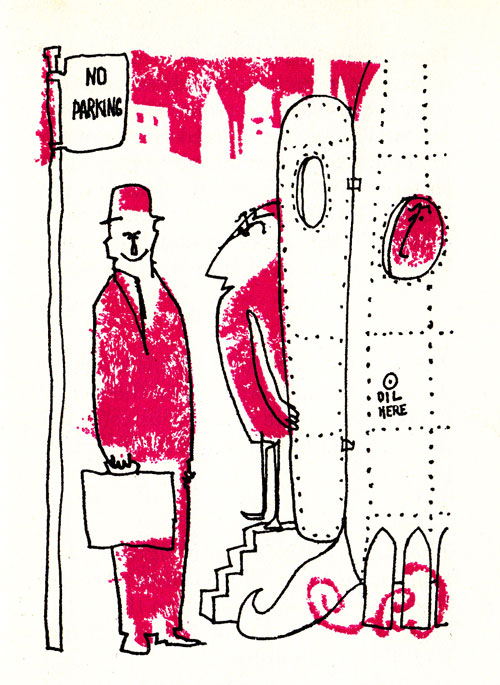 A space ship landed in Manhattan; a space man emerged and asked a passer-by: ‘How do I get to Carnegie Hall?’ ‘Practice, my boy, practice,’ came the answer.

Life on other planets has been a subject of discussion for thousands of years. Recently, flying saucers and Sputnik have served to arouse Americans to the realistic possibility of travel between planets. This possibility, enhanced by the success of our astronauts, is so real that it has entered into many jokes that have become part of American folklore.

You can check out more of Outer Space Humor’s disarmingly simple illustrations below, along with their captions. Trust me, your dad will love them. 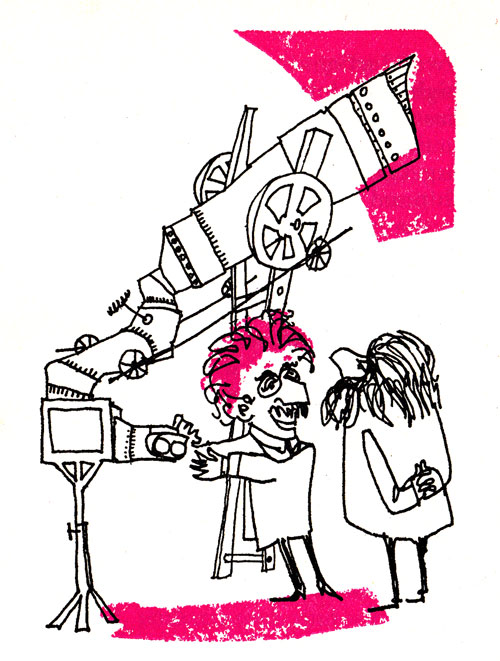 Two astronomers were watching Mars from the observatory. Suddenly the planet disintegrated with a cataclysmic explosion. A huge mushroom cloud billowed out in space. One astronomer turned to the other and said: ‘See, I told you Mars has intelligent life.’ 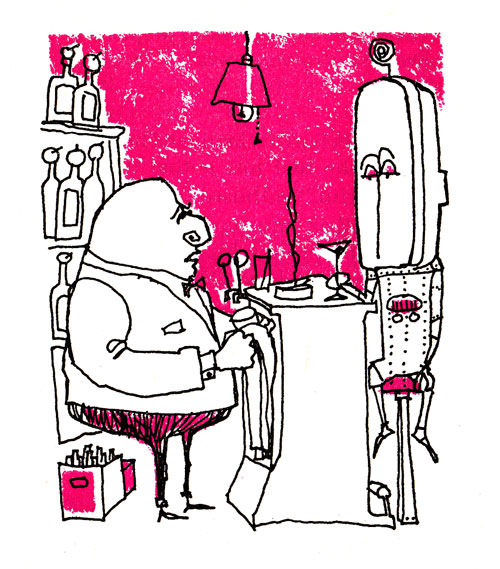 A Martian walked into a bar and ordered a martini. ‘That’ll be two dollars,’ said the bartender, and then added: ‘You’re the first Martian I’ve seen around here.’ ‘At two dollars a drink,’ the Martian snorted, ‘it’s no wonder.’ 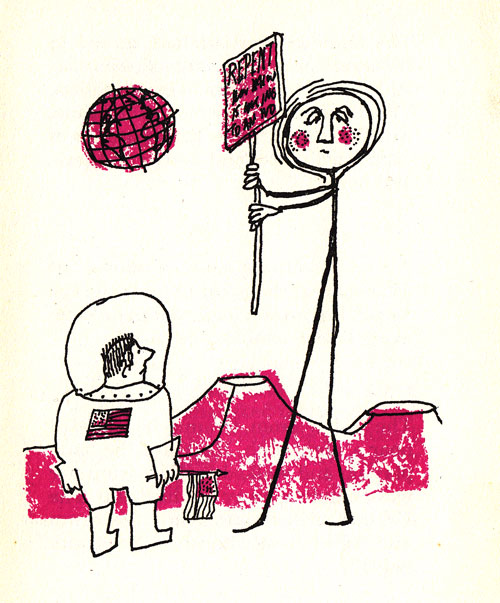 An Earth man landed on the Moon. His first sight was a Moon man carrying a sign which read: ‘Repent, the Moon is coming to an end.’ 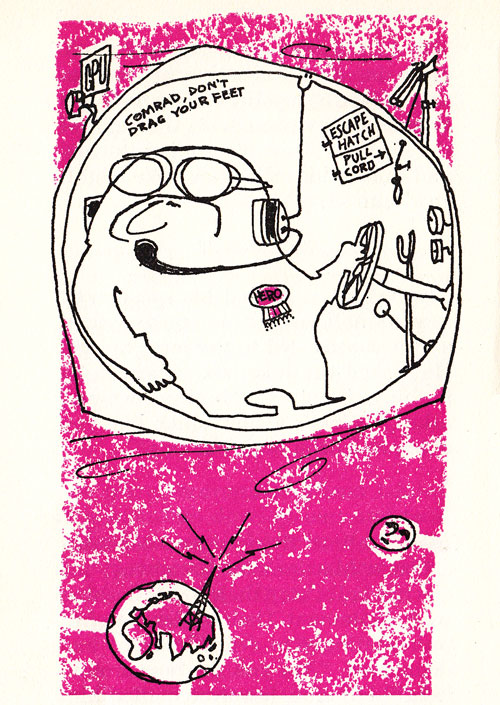 The man in the Moon noticed Sputnik scooting by very rapidly, and asked, ‘Hey, little fella, what’s your hurry? I go around the Earth only every twenty-eight days or so.’ Sputnik replied, ‘Yes, but you’re not trying to get away from the Russians.’