YouTube is trying something new with its front-end design and how the public can interact with videos. It’s terrible news for haters and trolls out there who love to make a certain amount of business of going around to videos and slapping them with a dislike just for the sake of doing so. Sure, some videos warrant that big old thumbs down, but there is a disproportionate amount of hate out there for even the best YouTube work. The platform is starting to work in a new feature that won’t publicly display the number of dislikes a video received. They originally announced it on Twitter but then also put up a lengthier community forum post outlining the decision to experiment with this change.

You can see the plan that YouTube is unveiling is part of a trial for some content creators on the platform. While users will still be able to downvote a video to their heart’s (dis)content it won’t show to the public how many they’ve counted on that end. You’ll only be able to see the number of likes. Check out what they had to say about the switch:

YouTube is saying this change they are testing out is in response to feedback they’ve gotten from creators who might be frustrated with the significant downvoting on the platform. I suspect there’s an issue with folks voting something down just for the sake of doing it which can then adversely affect whether a video is watched later on by others. If that was the case, especially if the negativity was simply of the trolling variety it would make sense to remove the part of those that are public-facing. YouTube also mentioned that content creators have said the dislikes negatively impact their well-being and sometimes encourage targeted campaigns against certain videos.

The content creators will still be able to see how many dislikes they got on a video and YouTube users will be able to give it a down vote if they feel like. But it will be interesting to see what this change does to the overall down voting numbers across the platform. The company has been clear that this is only in the test phase for now and might not be the permanent change. I suspect content creators would overwhelmingly vote for it once they see it as an option, but there could be reasons to keep it as part of the interface.

Now, in terms of what downvotes do in terms of actual engagement, it’s been posited that YouTube counts all votes the same because they just see both as engagement. If the idea of the opposite of love isn’t hate, it’s indifference, this would make sense from the platform’s perspective. If you spent the time to downvote something, in theory, you watched it enough to actually make an informed decision. I doubt that’s the actual reality much of the time but if it counts as engagement then I doubt trolls are seeing any major returns on giving something the thumbs down. 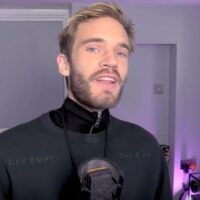 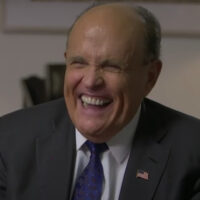