William Shatner, the actor who built his career going where “no man” had gone before, may very well be going where over 500 people have gone before — one of those people being billionaire Jeff Bezos.

According to a report from TMZ, William Shatner is planning to be on the next flight of New Shepard, the ship that brought Jeff Bezos, his brother Mark Bezos, recent high school graduate Oliver Daemen, and pilot Wally Funk on a suborbital flight in July. TMZ’s sources say that — in spite of the last civilian seat on the first launch being sold for more than $20 million — they believe Shatner’s getting his seat free of charge.

TMZ is also claiming William Shatner hopes to make a documentary of the experience, first shopping it at Discovery without any bites, and is now apparently looking to bring the project somewhere else.

If William Shatner is in fact looking to make the space flight, then the documentary part of the reports certainly makes sense. The actor has already directed a number of documentary films, almost all of which are about himself, Star Trek, or both. In 2011 he directed The Captains in which Shatner interviewed all of the other Star Trek series and movie leads. The following year brought Get a Life! that focused on Trek fandom, and in 2013 there was Still Kicking about Shatner and the late Christopher Plummer, who starred as the villain of Star Trek VI: The Undiscovered Country, and who worked with Shatner on the stage decades earlier. Probably the least William Shatner-centric of them all is 2014’s Chaos on the Bridge which chronicled the behind the scenes craziness of the making of Star Trek: The Next Generation. If Shatner is going to be heading into space, it’s almost a guarantee he wouldn’t want to do it without a camera.

Should William Shatner make like his fictional counterpart and head for the stars, it will make the 90 year old actor the oldest person ever in space. Test pilot Wally Funk — at 82 years old — currently holds that record from the July New Shepard flight. The irony was almost certainly not lost on her that the guy she took the record from, John Glenn, once testified that women like Funk shouldn’t be allowed in space.

There are at least a few levels of irony to the fact that, should the TMZ story be accurate and if Shatner does take part in the flight, considering his age it will not only be William Shatner’s first time in space decades after he first played Captain Kirk, it will almost certainly be his last time in space. It would be fitting if he were to quote his character’s final line from Star Trek VI: The Undiscovered Country (not counting the narration) when New Shepard makes it ascent: “Second star to the right. And straight on ’til morning.”

Barring that, William Shatner could always utter Kirk’s final line of dialogue ever from 1994’s Star Trek: Generations: “oh my.” 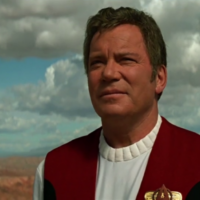 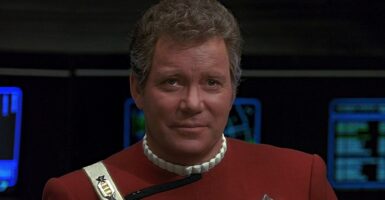 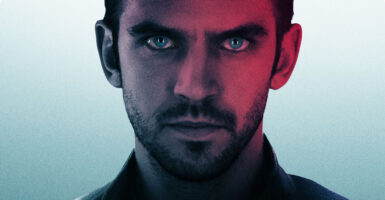