Elon Musk: The Man Behind The Headlines

You know his companies. You’ve probably heard his name too. But knowing the companies and the name doesn’t mean you truly know the man. Multi-billionaire Elon Musk has become an icon as his SpaceX and Tesla ventures put him firmly in the limelight. His desire to put a man on Mars is well documented. His Cybertruck fiasco not only caused critics to smile but cost him $768 million in a single day. Not one to let a minor setback defeat him, Musk is moving on. Who is Elon Musk? Some think he’s a real-life Tony Stark, others think he’s something else.

Pretoria, South Africa is the birthplace of Elon Musk. He was born on June 28, 1971 to Errol Musk, an engineer, and Maye Musk, a nutritionist and model. He is the eldest of three children: a brother Kimbal who is a venture capitalist, and sister Tosca, who is an award-winning director and producer.

Elon’s childhood in South Africa was less than perfect. His father was very strict and emotionally abusive with him and his siblings. Musk’s father forced Elon and his brother to sit for hours and listen to him lecture them.

School wasn’t any better as he was viciously bullied. “They got my best friend to lure me out of hiding so they could beat me up. And that hurt,” Musk said. “For some reason they decided that I was it, and they were going to go after me nonstop. That’s what made growing up difficult. For a number of years, there was no respite. You get chased around by gangs at school who tried to beat the (expletive) out of me, and then I’d come home, and it would just be awful there as well.”

The bullying in school was relentless. Elon hated school because of this. His outlet? Technology. At ten years old, it was a Commodore VIC-20 and programming. His outlet turned into more than just that as by age 12 Musk was so proficient at writing programs that he created a video game. It was a simple game in the style of Space Invaders which he called Blastar. But it was so impressive that a magazine called PC and Office Technology bought it for $500.

Before that time, Musk’s parents divorced. By the time he was 17, Musk wanted nothing to do with the mandatory service South Africa required, so he moved to Canada. He obtained Canadian citizenship as an easier way to get an American one.

While in Canada, Musk attended Queen’s University and there he met his first wife, Justine Wilson. A couple of years at Queen’s, midway through his undergraduate studies, Musk transferred to the University of Pennsylvania where he earned a bachelor’s in economics. One year later he brought home a second bachelor’s, this one in physics.

Elon continued to see Justine through his studies at the University of Pennsylvania and on through his transfer to Stanford. His plan at Stanford was to be part of their doctoral program but after only two days, Musk dropped out.

Musk’s departure from Stanford happened because he wanted to get in on the Internet boom. So along with his brother, they were able to raise money from a small group of angel investors to start a web company called Zip2, an internet city guide Musk developed for the newspaper publishing industry. He was able to obtain contracts with the big papers, The New York Times and the Chicago Tribune. But Musk wanted more and desired to be the CEO of Zip2. The board members would not allow him to do this. In 1999, Compaq purchased Zip2 for $307 million in cash and another $34 million in stock options. Even though he was turned down to become CEO, Musk pulled in a tidy $22 million on the deal.

In that same year, Musk co-founded another company using $10 million from his Zip2 sale. It was an online financial services and payments company called X.com. A year later X.com merged with Confinity to become what we know as PayPal. After being ousted as CEO due to disagreements with other leaders within the company, PayPal was purchased by eBay for a cool $1.5 billion in stock. Musk took home $165 million in the deal.

During all his early dealing, Musk married Justine Wilson in 2000. They were excited to start a family and in 2002 the Musks had their first child, Nevada Alexander Musk. Sadly, at 10 weeks old, Nevada passed away from SIDS (Sudden Infant Death Syndrome). He was on life support for three days before they decided to take him off.

Justine couldn’t understand Elon’s reaction to it all. “Elon made it clear that he did not want to talk about Nevada’s death. I didn’t understand this, just as he didn’t understand why I grieved openly, which he regarded as ’emotionally manipulative’.” She explained in a very telling essay in Marie Claire.

Less than 2 months later, the Musk’s were at an in-vitro-fertilization clinic, making plans for another child. Not only did they get one, but their first success brought them twins and, yes, the second time graced them with triplets. ALL BOYS!

THINKING OUTSIDE THE ATMOSPHERE

2002 was the year that Elon Musk looked beyond anything earth-bound and founded SpaceX. Elon always held a fascination with Mars and was a member of the nonprofit organization Mars Society. This group encourages the exploration of Mars. His vision from the start was to put people on the red planet in hopes humans could eventually live there.

Elon Musk started looking into ways to get into space. He realized sending something or someone into space was going to tack on an additional $50 million to his initial investment of $20 million. So instead, Musk decided perhaps a better investment would be to make his own rocket.

It made all the headlines and it was messy. As SpaceX was building and thriving, Elon Musk’s marriage to Justine was disintegrating. Justine informed the world of their differences in her above-mentioned essay, which prompted Elon to clap back with his own. When the messy proceedings concluded and the smoke cleared, the only thing they could agree on was split custody of their children.

It wasn’t long after Musk founded SpaceX that he became involved in a new company, Tesla, the electric car king. Co-founded in 2003 by Martin Eberhard and Marc Tarpenning, Musk became involved in 2004 providing most of the initial capital to run the company. Musk’s intentions with Tesla were to produce a mass-market of affordable, electric cars, which he has done. Not without its starts and stops.

His most recent electric vehicle was the Cybertruck, whose introduction to the world did not go as planned. Upon attempting to “test” the Cybertruck’s unbreakable glass, well, it broke. Musk quickly took to Twitter to offer an explanation for the mishap. Even with this rough start to the Cybertruck, Tesla has enjoyed much success. Its electric cars are well-made, affordable and very popular.

Musk went from a messy divorce right into another relationship, this time with actress Talulah Riley (Westworld). The two married in 2010 only to be divorced in 2012. Musk moved on to another actress, Cameron Diaz, or so goes the rumor. Diaz purchased a Tesla, which started the rumors, though Musk denied the two were dating. Which brings us back to Talulah Riley. After divorcing her in 2012, the pair remarried in 2013. Their on-again, off-again relationship was on again until 2014, when Musk filed for divorce but then pulled it. This time the marriage lasted 3 years after which Riley filed for divorce and got it in 2106.

Amber Heard was next as she was seen with Musk shortly after her divorce from Johnny Depp. This relationship lasted a couple of years when, according to both parties, their schedules became too much for them to work through.

Since 2018, Musk has been dating Canadian singer Grimes (Claire Elise Boucher). Musk was recently spotted in the audience of the 2019 Game Awards and she was spotted with Musk in his prototype Cybertruck driving around in Los Angeles. Musk seems to have found stability, for the time being.

WHERE DOES ElON MUSK GO NEXT?

That’s a good question for the man with an estimated worth of $27.5 billion. Elon Musk is an admitted workaholic, saying when he isn’t working (rare), he spends his time with his boys, the loves of his life.

He recently sold his home in Brentwood, CA in favor of some of the other properties he owns in Southern California. He made headlines recently when he spent nearly $100 million on homes which included six in a ritzy Los Angeles neighborhood. He also owns a 100-year old estate in Northern California, near his Tesla headquarters. Musk doesn’t find himself in one place for long and his workaholic nature plays into this but he does call his $17 million home as his primary.

The sky’s the limit for Elon Musk. His passion and drive have made SpaceX a success. It has also made Tesla a success, despite the Cybertruck fiasco. Knowing Musk’s desire and affinity for the red planet, don’t be surprised if, within the next couple of years, Musk is sending the first manned spaced ship to Mars. That is his ultimate dream and prize. 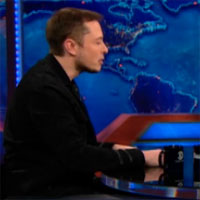 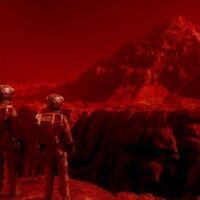 SpaceX Founder Elon Musk Has His Sights Set On Mars 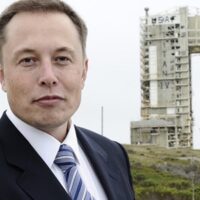 Elon Musk Plans To Use Satellites To Create Global Internet Access, Here’s How