What Is TikTok And Is It Safe For Kids?

By Josh Tyler | 1 month ago

What is TikTok? It’s the latest and hottest social media platform.  It’s especially popular with kids and if you wander the campus of your average middle school you’ll see almost every pre-teen there on their phone watching TikTok or, when the teachers aren’t looking, making TikTok videos of their own.

TikTok exists primarily as an app on your phone, though it can be accessed through a web browser at TikTok.com in an extremely limited form. The app itself was first launched in 2017 and its popularity has grown exponentially since then.

Once you dip into the world of TikTok itself you’ll find an endless number of very short user created videos, primarily focused on comedy, but sometimes on simply watching things in slow motion.  The site lets you apply various filters to jazz your videos up and encourages users to apply hashtags to categorize what they’re doing.

What Will I Find On TikTok?

Videos, lots of videos; most of them with some sort of hip-hop soundtrack behind them (because that’s what the kids do) and usually with the goal of being funny (though whether any of them succeed in being funny is purely a function of your age).

How Do I Use TikTok?

To get started with TikTok you’ll need to download the TikTok app from Apple, Google Play, or Amazon. Once you have the app on your device, open it and TikTok will want you to register for an account, preferably using an existing Facebook, Google, or Twitter log in.

Pretty soon a video will start playing on your screen.  The videos on TikTok are all vertically oriented so they fit perfectly in your palm.  To go to the next random video swipe up. To see more videos from the same person that made the one you’re watching, swipe left.

Below are a few examples of what you might see on your TikTok screen.

This video is from one of TikTok’s most followed creators, Jacob Sartorius…

This was the top trending video when I wrote this…

If you get sick of watching random videos you can hit the “discovery” button and start searching for specific things. The app will immediately give you a list of hashtags to browse or you can always use the search function to get more specific.  However, being specific isn’t really the point of TikTok, it’s all about being as random as possible.

At some point you may want to start posting videos of your own, but by then you won’t need my help to figure it out.

How Much Does TikTok Cost?

The TikTok app is free to download and to use. The company seeks to monetize with ad revenue, following the model of every other successful social media company.  Watch for TikTok ads, clogging up your screen very soon.

On the surface TikTok is a lot like the now defunct, once mega-popular. social media platform Vine. Like Vine it’s a place for sharing very very short videos. In the case of TikTok, all videos are 15-seconds long. Vine only gave users 6-seconds.  It’s a difference that’s no difference at all really.

TikTok users will tell you it’s nothing like Vine, but most of them aren’t old enough to remember Vine.  The truth is that it’s basically identical, filling the same niche and function, but for a whole new group of very young users who think they’re going to get internet famous.  So yes, TikTok is like Vine.

How Long Are TikTok Videos?

TikTok requires every video clock in at 15-seconds.  Again, they’re basically copy/pasting the Vine formula here.  Vine limited videos to 6-seconds purely by accident, but the result was a constraint which created increased creativity. So TikTok is doing the same, and the results are the same.  If you’ve only got 15-seconds, you have to make it count.

Who Is Behind TikTok?

The app is owned and operated by a Chinese company called ByteDance, one of the most valuable startups in the world. Back in 2018 ByteDance was valued at $75 billion and with the growing success of TikTok, expect that number to rise even further.

So TikTok is entirely Chinese, which means you have to think about the way China does things when deciding if you’re going to use it.  The country itself is restrictive and oppressive, which likely means you won’t find a lot of incendiary political commentary anywhere on their site and you also won’t find a lot that’s NSFW.  Free speech is not a thing that will ever exist on TikTok, though many would argue it no longer exists on American social media platforms either. That can be good or bad, depending on what you’re looking for in your internet experience.

ByteDance owns a few other less successful platforms and bills itself as a “machine learning” company, which is a fancy way of saying they’re going to manipulate their users to make them stay on their app as long as possible and thus generate insane amounts of profit.  It’s exactly what every other social media company, all the others of which are based in America, are already doing.

Who Is The Most Famous TikTok Celebrity?

Right now the biggest names on TikTok are holdovers who were already big back when it was Muiscal.ly, and their pre-existing follower count helped boost them to the top of the TikTok view list. Baby Ariel with 26.4M fans and Jacob Sartorius with 21.1M fans are at the top of that list for now.

A few real world celebs are on there too. Britney Spears is brunette there and Camilla Cabello is dancing…

Is TikTok Safe For Kids?

As long as you’re OK with your kids watching a lot of shirtless boys dancing around to hip-hop music and swearing occasionally it’s safe enough to watch.  This isn’t a place for pornography (usually) or even really edgy content beyond the kinds of things only a middle school kid might find edgy. That said there’s really no way to filter any of the content at all and no way to know what your kids might be watching unless you’re looking over their shoulder every second.

The biggest potential danger in TikTok is the ability of anyone who opens the app to instantly start creating and sharing videos of their own, thus opening themselves up to public criticism, abuse, and mockery from random strangers, their friends, and according to some reports online predators.  This is still the internet after all, and bad things are going to happen, especially given that all TikTok accounts are set to public by default.

So if you do not want your kids trying to get internet famous, then you probably don’t want them to open TikTok at all. Once opened there’s no way to let them watch TikTok while prohibiting them from actually posting on TikTok.

Vine was acquired by Twitter in 2012 and it was that acquisition which ultimately led to it being shut down by Twitter in 2016.  When the Vine app was shuttered it was still hugely popular and a major part of the cultural consciousness. Twitter’s decision was apparently fueled by vague corporate strategy and an inability of the Vine team to generate revenue on the scale Twitter was used to.

TikTok is unlikely to suffer the same problem, given that it’s not a small part of a larger social media presence, but the primary focus of its parent company.  ByteDance isn’t going to give up on it any time soon, which will allow TikTok to rise or fall solely on the basis of its ability to maintain and grow its current popularity.

A new lawsuit filed in California alleges that TikTok is secretly recording sensitive user data and transferring it to private servers in China.

The lawsuit itself alleges that TikTok “vacuumed up and transferred to servers in China vast quantities of private and personally-identifiable user data.” What China might use that data for is currently unknown, but given that such a high-percentage of TikTok users are minors, if this proves true there’s real cause for parental concern.

Perhaps the most chilling part of this lawsuit is that it alleges TikTok is collecting this information whether you create a TikTok account or not. According to the lawsuit, plaintiff Misty Hogg downloaded TikTok on her phone but never registered. A few months later, she discovered TikTok had created an account for her, complete with sensitive and private information about her gleaned from videos she created on her device but never posted to TikTok.

TikTok’s parent company, ByteDance, has yet to respond to these allegations. However the company in the past has maintained that it does not send user data to China.

The lawsuit comes in addition to an ongoing national security investigation by the US government. That investigation centers around TikTok potentially censoring and manipulating political content.

What Is The Future Of TikTok?

Whether TikTok sticks around will likely depend on the ability of its parent company to grow the app’s features.  15-second videos and nothing else are great for temporary cultural relevance among pre-teens, but to maintain that popularity they’ll need something to hook them as they grow into adulthood and realize uploading 15-second-videos isn’t going to make them rich and famous.

It’s worth noting that while most TikTok users are middle schoolers, some of the most popular videos on the app are made by adults or at least young adults.  Adults are better at making videos, so that makes sense. It might also mean there’s hope for the app to spread to a wider range in ages for their audience.

The United States’s relationship with China is a potential factor here too, with a trade war in progress and relations worsening, that’s never good news for any Chinese company trying to gain a foothold in America. The company is currently under investigation by the United States Congress where lawmakers have voiced concerns over user privacy and security.

Assuming it survives legal challenges by the US government and pending lawsuits, it seems TikTok is here to stay. Don’t expect it to replace any of the big three in Facebook, Twitter, or YouTube. Do expect it to hang on to its dominance among kids, at least until someone resurrects the Swatch.

Instagram For Kids: Parental Controls And How To Stay Safe 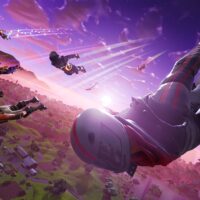 Parental Guidelines: What Is Fortnite And Is It Safe For Kids? 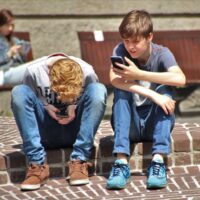