With the shutdown affecting virtually every walk of life, those who count on paying customers to walk through their turnstiles have been hit especially hard. One of those industries, theme parks, has been slowly trying to bring life back to the parks in a safe and satisfying manner. “Safe” being the key word.

But what happens in normal times, when “safe” doesn’t happen? Universal Orlando Resort is about to find out as a lawsuit is being brought on to them by a New York tourist who was recently, and tragically, paralyzed on the Punga Racers water slide in their newly opened Volcano Bay water slide park.

Universal’s Volcano Bay opened a mere three years ago to much delight. Trying to compete with rival Disney World, who boasts two water slide parks to their resume, Universal wanted to entice adventurers with some slick, fast, fast, and ultimately dangerous water slide rides. With slides that have names such as Krakatau, Kala & Tai Nui, Tonga of Taniwha, Puihi of Maka Puihi, and Ohyah of Ohyah & Ohno Drop, it sounds like there is plenty of fun to be had. But then there is the Punga Racers. Fun, yes. Dangerous, unfortunately. Lawsuits, definitely.

The Punga Racers slide is a single person slide with four lanes to it. Racers get in their lanes, racing down to see who can beat the other to the bottom. Initially, this was a face-first ride, with passengers laying on a mat, then going balls out to the bottom of the run, landing in a large catch pool below. That is where the trouble began.

To date, at least 115 people have reported injuries on the ride. The injuries range from scrapes and nose bleeds to neck-whiplash, concussion, and the aforementioned paralyzed patron. Not only have guests been injured but two ride safety testers were hurt on the slide.

James Bowen is the gentleman who was paralyzed on the ride. In 2019 he was jamming down when he hit the catch pool, snapping his neck back violently. It paralyzed him immediately as his face lay in the water until his wife and Universal employees could come to his rescue. The family is asking for damages as Bowen’s attorney said in a statement, “He was paralyzed while riding a water slide at Universal’s Volcano Bay in a way that Universal could absolutely foresee because during testing for the ride before it opened up, a test rider was injured in the exact same way, and they decided to open the ride anyway.”

Universal Spokesman Tom Schroder said in their countering statement via the Orlando Sentinel, “More than 1.5 million guests have experienced this ride, with Mr. Bowen’s injury being the single, reportable one. That said, we take every injury seriously and have a safety-first culture that places the safety of our guests and team members above everything else. When there is an injury of any kind, we immediately begin an investigation and review.” His statement continued, “Our process is rigorous and detailed and there are often many opinions as we arrive at a conclusion or work to resolve an issue. We are confident in our process and in the safety of our rides.‘’ Recently, the slide was shut down for refurbishment and reopened as a body slide without mats, one that riders now go down feet first.

With 115 injuries reported, Bowen’s tragic injury lawsuit may not be the only one the water park has to defend. 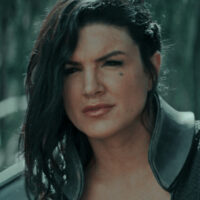 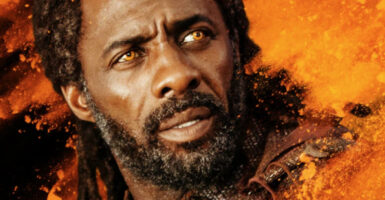