Twitter Will Punish Users For Saying The Wrong Thing About COVID

Twitter has a new system to “educate” its users about COVID-19 vaccinations and sharing misleading information. Their education system involves a five-strike system for posts that contain information deemed misleading. After five strikes, the user’s account is banned in punishment. They’re calling the system educational, but outlets are calling it punishment, since the strike system does lead to an account ban. The new punishment system rollout comes along with their labeling system for tweets with misleading information about vaccinations.

In 2020, Twitter began labeling misleading posts about the US election. This is now practice for posts about COVID-19 as well. There is small text attached to the tweets meant to make users aware of the tweet’s nature. The labels on COVID-19 posts read, “This tweet is misleading. Find out why health officials consider COVID-19 vaccines safe for most people.” The labels also often come with links to reliable information on vaccines from the Center for Disease Control and other authoritative sources.

Which tweets get the labels? According to Twitter’s blog, a team has been assigned to applying labels to the misleading posts. With time, these labels will be applied using machine learning technology. According to Twitter, this is working well to fight misinformation. They said, “Since introducing our COVID-19 guidance, we have removed more than 8,400 Tweets and challenged 11.5 million accounts worldwide.”

When Twitter first began labeling misleading tweets, you could still retweet them, though you would see an alert warning you about the misleading nature of the post. Now, users are unable to retweet misleading posts. They will also see alerts when they like a misleading post.

So what happens when Twitter sees that you are writing misleading posts? If you write one post that earns a “misleading” label, you receive your first strike. That first strike is a warning and nothing happens to your account. On the second strike, your account is locked for twelve hours. This happens again on the third strike. A fourth misleading tweet earns an account a seven-day suspension. If a fifth strike occurs on the same account, the user is permanently suspended, which means banned from Twitter.

Twitter’s updates to their labeling and punishment system are not dissimilar from Facebook’s own measures against misleading posts. Facebook calls their system “misinformation banners”.

Clearly, Twitter can’t catch every misleading post. They have a system for attempting to catch them in five key categories. This includes misinformation about the virus itself, about treatments and prevention methods like wearing a mask, misinformation about health advisories and regulations, misinformation about statistics involving risk of infection, death, or likelihood of catching COVID-19, and misleading affirmations. This last one is for tweets where people claim to be a doctor or other official voice on the topic when they are not.

Currently, the new system is happening for Twitter users writing in English. Eventually, Twitter plans to roll out these changes for other languages as well. With the system under human review for the time being, it isn’t expected that too many of Twitter’s 330 million active monthly users will earn strikes. 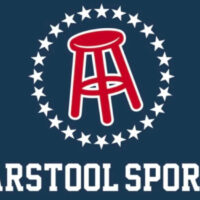