Here’s When Tesla Will Release Its Full Self-Driving Model

A federal government investigation is still ongoing about the major Tesla car accident that took place in April this year and killed a person sitting in the front passenger seat as well as the one in the rear. But that doesn’t seem to have hampered Elon Musk’s plans for Tesla as on Wednesday, the business magnate announced that he will soon be rolling out a more advanced and broader version of the Autopilot facility in his company’s cars.

The initial investigation of the incident by the Harris County police precinct had made many question Tesla and the safety of its Autopilot mode, which includes many driver assistance features. But it hasn’t hindered Musk from recently announcing that in a month’s time, subscriptions for a more advanced version of Autopilot- a “full-self driving” mode- will be released by Tesla.

It is to be noted that Elon Musk has been talking about “full self-driving” facilities in Tesla cars for a long time and has often promised the above facility in the past only to fail in delivering it. But no matter when it is released, Musk has assured that the advanced Autopilot mode will have “gigantic” changes as Tesla has upgraded its software. One of the perks of the upgraded system would be the removal of a current bug in the software wherein the car, when in Autopilot, unexpectedly brakes when driving through dark areas under bridges and overpasses.

While Musk is all set to release the new upgrades in the Autopilot software, making it fully-self driving, doubts around it continue to fester especially after the crash back in April in the Houston suburb of Spring, Texas, killed two passengers of a Tesla S Model and the police reported that no one was sitting in the driver’s seat at the time of the crash.

Later, Musk tweeted that according to the data logs they have recovered from the Tesla car in the crash, the Autopilot feature was not used. But while he failed to share any more information or explain the empty driver’s seat, the preliminary investigation by the federal government disclosed that the security camera footage showed the Tesla’s owner in the driver’s seat when he began the trip. It was during the 550 feet the car traveled before crashing that the owner moved away from the driver’s seat.

But the investigation does not confirm whether the Autopilot was on before or at the time of the deadly crash that completely damaged the Tesla car. And as reported by CNN Business, the National Highway Traffic Safety Administration has as many as 28 active investigations concerning Tesla’s advanced driver assistance system. But it will be a year or longer before the federal investigation into the April crash concludes and it is revealed whether the owner of the car was actually using the Autopilot mode or just moved to the rear seat after the crash occurred.

Meanwhile, Elon Musk continues to promote Tesla’s Autopilot feature as being significantly safer than human drivers (something he tweeted mere hours after the April accident) and is all set to roll out a more advanced version of the same. 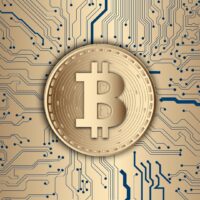