You’re now going to have four voice options for Siri. In fact, new users will have to select one, instead of having a default set for them. Previously, in the United States, any new Apple device defaulted to a female-sounding voice for the voice assistant. You could change this option by going into your settings and selecting a male-sounding voice. There were six accent options in the settings, but still broken up by male or female for your voice assistant.

According to a 2019 report from the United Nations, this was a bad idea. They cautioned against the long-term effects a default female voice would have on people and the gender stereotypes it perpetuates. The United Nations warned that the female default risked perpetuating the idea that, “women are obliging, docile and eager-to-please helpers, available at the touch of a button or with a blunt voice command.”

A lot of what the United Nations was concerned about was specific to setting Siri’s voice as a default, but Apple decided to take this a step further in small ways. They created two more voices, so that there are four total options. This makes it so that “male” and “female” sounds two different ways. They also labeled them with numbers instead of a sex, which means they are no longer defining what a female voice sounds like. These touches are small, but well-thought out adjustments.

Nearly two years after the warning from the United Nations, Apple is updating its standards to change the situation. In iOS 14.5 beta 6, Siri is getting two new American voices. They’re labeled differently now, too. Instead of choosing a “male” or “female” voice, you can choose between Voices 1, 2, 3, and 4. The new voices are the second and third options. If you’re curious to hear the new Siris, jump to the 4:30 mark in the below video.

If you are a seasoned Apple user, then when you get a new device, you may sign into iCloud. When you do so, your default settings across Apple devices will be applied. This means your Siri voice will already be set. However, once you have the new updated iOS on your device, you can always go into your voice settings to change how Siri sounds for you.

While a lot of eyes are still on the upgrades expected for Apple’s iPhone 13, the new iOS 14.5 updates are going to include both the two new Siri voices as well as a new battery recalibration tool. If you’ve ever suffered with your Apple device’s battery, this will hopefully make a big difference. This recalibration tool will, hopefully, restore peak battery performance. When your battery stops working well, it can leave you feeling helpless. A really great recalibration tool would be great, especially for those who like Apple devices because they can last for many years. Hopefully, the new tool will live up to Apple’s goals.

Siri’s new voices are currently in the iOS 14.5 beta options for iPhones as well as other Apple devices like the Apple Watch and iPad. Apple says it will be rolling out to all users at some point during spring 2021. 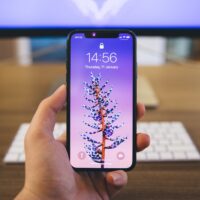 We’re Getting A Foldable iPhone