See The Plans For A 75-Mile Wide Skyscraper, The Largest Building In The World

For as long as humans have lived on this planet, it seems that the insatiable thirst for generating something bold and exciting continues to this day. From New York City’s Empire State Building to the Burj Khalifa in Dubai, skyscrapers have become the go-to structure for creative design and wonderment that seem to top one another every time their plans are announced to the world. For Saudi Arabia, plans for a potential new skyscraper may be taking humans to new heights, as well as some very new lengths.

According to a report by The Byte, Saudi Crown Prince Mohammed bin Salman has unveiled his idea for a new skyscraper, which would end up being the largest building on planet Earth if constructed as planned. Bin Salman informed his team of engineers and designers about his idea, which he believed should be as notable and picturesque as the pyramids in Egypt. His architectural plans present a skyscraper named the Mirror Line, which would be made up of a set of two parallel buildings. Each building would be 1,600 feet tall and 75 miles wide, which would house roughly 5 million residents. Digital renderings of the proposed skyscraper have been posted to Twitter after the announcement this week.

#SaudiArabia 🇸🇦 plans to construct two parallel skyscrapers up to 1,600 feet tall and stretching for 75 miles across mountains and feature high speed rail, a sports stadium, a yacht marina, and huge facilities.

Much like  Dwayne Johnson and Neve Campbell in the 2018 film Skyscraper, it appears that Mohammed bin Salman is looking to make his mark in the country by erecting a skyscraper the world has never seen before. Fortune notes that the Mirror Line could cost upwards of $1 trillion, traverse mountainous and desert terrains, top 150 stories, and could feature a high-speed rail system akin to the New York City subway so that residents can travel from one building to another. Also proposed as part of this massive endeavor are city-like facilities such as a sports complex, a yacht marina, and private subscription-based catering for residents. Apparently, the completion date for the most significant undertaking in structural history is set for 2030, giving Saudi engineers less than a decade to finish the project.

Before his quest to dominate Saudi Arabia’s skyline and become a skyscraper aficionado, Saudi Crown Prince Mohammed bin Salman held a controversial place on the world stage. According to the BBC, bin Salman had close ties to the murder of journalist Jamal Khashoggi, with some United States intelligence experts noting that bin Salman approved of the assassination that took place. While Saudi officials have denied any involvement, bin Salman continues to have a presence in global politics, recently meeting with President Joe Biden last week. CNN reports that President Biden confronted bin Salman about the Khashoggi assassination, which the Crown Prince vehemently denied responsibility for after his own internal investigations of the incident. 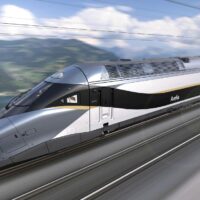