A pedestrian stomped the robot dog, Stampy, seemingly unprovoked in this bizarre footage.

An Australian woman in Brisbane must’ve been traumatized by our piece a few weeks back about a robot dog that was able to Spider-Man its way up walls because, as Vice first reported, the woman hauled off and kicked the robot known as “Stampy”. According to the dog’s owner Mark Trueno, he has no idea why the woman would want to inflict such pain on his beloved AI pet. As you can see in the video below, Trueno and his pup were out for a leisurely stroll around the block around 2:30 a.m. when the woman walks directly into the bot, kicking it twice.

After she gives the robot dog a piece of her mind, or rather, foot, the woman continues walking while a man, presumably Trueno, approaches the pup to make sure it’s okay. While we don’t know why the assault happened, you’ll notice that the time stamp has the event taking place very early in the morning in one of Australia’s major cities, leading us to believe that this was a bit of revelry gone wrong.

While it may have been all fun and games to the (presumably) intoxicated woman, Trueno, who works for an Australian military and mining equipment company called Arrowpoint Systems, says that the $15,000 prototype had somewhere around $2,500 in damages to its sensors. The robot dog, who we now know affectionately as Stampy, is what Trueno describes as a “smaller version” of what the company hopes to build up to in the future.

When he’s a fully grown dog, Stampy will aid in search-and-rescue and similar missions that are far too dangerous for a human to enter into. Trueno said that the point of his late-night jaunt was to see how Stampy was able to maneuver around obstacles. While we joked at the top about the recent report of the robot dog who could scale walls like Spider-Man, there’s certainly been an uptick in tech news of machines doing incredible things.

Take, for instance, the food delivery robot who, just a few months ago, blew right through a taped-off crime scene just to get to the customer’s door faster. And, while self-service machines at fast food restaurants and checkout lines at stores like Walmart are certainly nothing new, we recently brought you news of a McDonald’s that’s being completely run by robots.

As if the future wasn’t coming fast enough, scientists continue to make impressive steps forward toward creating fully conscious robots, something that may prove to be risky should they push it too far. From robots that can heal themselves to the incredibly unsettling Tesla bot, technology has really been pushing the envelope on what’s possible. But, paranoia aside, creations like Stampy the little robot dog promise to be a much-needed piece of machinery when it comes to aiding the quality and longevity of life for humans.

While Trueno may be just as traumatized as his robot dog by what they faced on the rough and tough streets of Brisbane, he will undoubtedly continue his work. After all, humanity needs a line of robots that we can toss into burning buildings and other unsurvivable situations. But, just as real dogs never forget a face, the woman who assaulted Stampy better hope that she never needs to be saved because we don’t think he’ll be coming to her rescue. 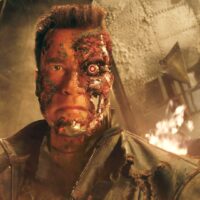 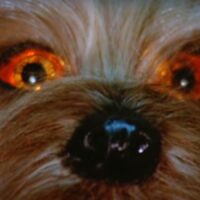 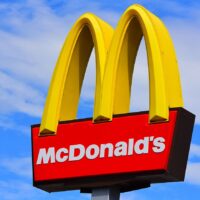 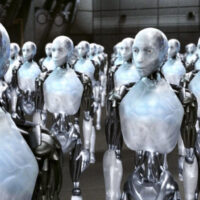