One area where there’s been a lot of chatter about possibly using machines is when it comes to deliveries. Right now, we have to rely on UPS, FedEx, or the U.S. Postal Service. People have bandied about the idea of drones dropping packages on your doorstep, but how long until robots really start making deliveries? (Never if Ron Swanson has anything to say about it.)

As a genre, robots litter science fiction. From the earliest days all the way through 2019 movies like I am Mother and Star Wars: The Rise of Skywalker, automatons are everywhere. They police our streets, drive our cars, serve as surrogate children, and perform countless other tasks. Often in these scenarios they break free of their programming and go rogue, but Terminator would be pretty dull if artificially intelligent robots didn’t take over and try to exterminate the human race.

While they remain largely the province of sci-fi, robots have gradually infiltrated our daily life. They’re used in manufacturing, self-driving cars are creeping closer and closer to becoming a reality, and barely a week goes by without Boston Dynamics debuting some metal creation or another that has people screaming about Skynet. Hell, AI even trounced some folks on Jeopardy.

When determining how long it will be until robots start delivering packages, the answer is similar to the one for the future of self-driving cars. The answer for both is soon, though probably sooner for delivery bots than fully autonomous vehicles. In fact, depending on where you live and what you order, you may actually receive deliveries from helpful robot friends.

When it comes to deliveries, it’s the final step, the so-called “last mile,” that’s the most expensive. Much of the process of shipping, sorting, and tracking has been automated, but the final leg of the journey generally requires a human touch. It also, according to reports, accounts for more than 50% of the cost.

Because of this, much of the focus of research and development has focused on lowering the cost of deliveries. A variety of factors come into play, including the environment, technology, cost, and safety.

There are two primary delivery robots in various stages of development. Smaller units that travel on sidewalks or other pedestrian thoroughfares, and autonomous delivery vehicles. Since the former are larger and have to travel on roads and in traffic, they face a much more difficult path. Similar to self-driving cars, they need to perform at a near-flawless level and adapt to any circumstances.

On the other hand, sidewalk delivery drones are smaller and slower, usually only traveling at four or five kilometers per hour. Their size and speed makes them safer and less likely to cause damage or injury. And because they don’t travel on streets, they don’t have to follow traffic laws and the like. All in all, they face an entirely different set of logistical challenges, but they may provide a quick, practical solution to the last mile problem.

Robots may not quite be ready to deliver packages to your doorstep yet, but they are ready to deliver your fast food. KFC has begun testing out robots to limit the amount of human contact on your food during the Coronavirus pandemic. The first test run is happening in Moscow, and here’s a video of the robots in action…

There are robots they could use to prepare the food too, but so far they are continuing to use humans for that. The biggest obstacle to robot automation in the fast food industry is really cost. A robotic articulating arm like the one pictured in the video costs a lot more than most individual restaurants can afford to shell out.

Who is Working on Delivery Robots?

When it comes to delivery robots, there’s quite a bit of competition. A number of companies, large and small, are working to iron out the kinks and find themselves at various stages along the development path. Only time will tell which of these companies, if any, will win the robot wars, but they’re coming.

Most of these robots use similar navigation technology. They employ HD cameras, GPS sensors, ultrasound, and lidar, in various combinations depending on the particular model and company. Not only is function a concern, cost tends to be a big hurdle for many as these robots are tech-heavy and don’t come cheap.

One of the biggest applications for robot delivery is for food. And one of the key companies working in this realm is Starship Technologies. Founded in 2014, the San Francisco startup has deployed fleets of robots on college campuses across the nation.

Still in its fledgling stages, the largest endeavor is at Purdue University in Indiana, where the service is said to be a hit. With 30 robots, the company teamed with local restaurants to deliver food to a limited area of the campus.

It works much like most delivery services, except with a sci-fi twist. You place an order with an app, a robot shows up at the designated area of the restaurant, a worker secures the order inside the bot, and you get a message with an estimated delivery time. According to one report, even students outside the delivery zone use the service. They simply meet the bots at the boundary and pick up their munchies.

The Starship robots use wi-fi networks to communicate and employ a variety of sensors and machine learning technologies to navigate terrain and obstacles. While they can cross streets and traverse sidewalks, they can’t climb stairs or open most doors, so all deliveries are made outside. Overall, Starship robots have made more than 100,000 deliveries.

Talking about deliveries, what company is going to be more interested than Amazon? The monolithic online merchant is developing their own version of a delivery robot: Amazon Scout.

Though Amazon has dipped their toes into using aerial delivery drones, that entails a whole mess of logistical and legal concerns. So, while that continues to be an iron they have in the fire, Scout seems to be closer to reality. In fact they began field testing it in January of 2019 in Snohomish County, a largely suburban area outside of Seattle.

Scout resembles the Starship robots—they all look a bit like rolling coolers. The initial introduction was limited to one area and only during daylight hours on weekdays. They were also accompanied by human observers at first.

Amazon’s Scout robots have been a success, contending with a number of weather conditions, including one of the worst snowstorms the region has seen in years. The first tests worked so well Amazon expanded the Scout trials to Southern California in August 2019.

While it’s no shock Amazon is developing delivery robots, it’s equally unsurprising that Postmates also has their own in the works. With a reported range of 30 miles and an adorable, cartoon-ish design, the company hopes to use Serve to replace delivery drivers.

Not only does Serve use its technology to determine the best route and avoid obstacles, but it also decides how best to interact with people. Powered by lidar, engineers designed Serve to be socially aware and put humans at ease. It has big, buggy eyes, but they’re not just an aesthetic feature. They change so that people can see what the robot plans to do next.

Right now, Postmates has Serve deployed in Los Angeles, though the company plans to expand the testing to other cities in the near future.

Starship isn’t the only delivery robot company currently focusing on colleges. Started in the Bay Area, Kiwibot nearly 100 robots on the campus at the University of California, Berkeley, as well as the surrounding area. They even expanded to Stanford University in Palo Alto.

The Kiwibots use six cameras to navigate, as well as employing AI and machine learning to adapt and adjust to changing conditions. While they are primarily autonomous, humans at their facility in Bogota, Columbia can take control when needed.

Kiwibot’s progress has not been without a few bumps. One of their delivery robots burst into flames on the UC Berkeley campus in December 2018 due to a faulty battery replacement. And just this month, they inadvertently caused a stir with a poorly worded message on social media that many interpreted to mean the company was closing up shop. (The message was intended to indicate the company was shutting down deliveries early for the holiday break, not shutting down operations completely.) If nothing else, the public outcry indicates Kiwibot’s popularity.

While a number of companies are focused on smaller robots for sidewalk delivery, that’s not the route everyone has chosen. Created by a pair of Google alums, Jiajun Zhu and Dave Ferguson, Nuro developed van-like vehicles to shuttle goods from point A to point B. They look like minivans, but much smaller—the R1 weighs 1500 pounds, is approximately half as wide as a sedan, and has compartments that can both heat and cool.

Since launching in January 2018, Nuro has had a number of successful test runs. They teamed up with a grocery store in Arizona for home delivery. Initially they used a fleet of modified Toyota Priuses before unleashing the R1.

In June 2019, it was announced that Nuro has joined forces with Domino’s Pizza. The tag team has an eye to test out driverless pizza delivery soon in Houston. That seems like it has the potential to be a major coup for a company that’s already wrangled nearly $1 billion in backing. Nuro also plans to unveil the next evolution of their vehicles, the R2, before long.

These are some of the major players in the world of robot delivery, those who have made progress and had success. They’re not the only ones. With money to be made, many other companies are getting in on the act. FedEx is testing their own robot, San Francisco startup Marble teamed with Eat24, even Segway, among many others, wants to party—their Loomo looks like a mobile filing cabinet.

While many of these companies are doing real-world testing on their delivery robots, we have yet to see a wide rollout. Given how many options there are, the sheer amount of money involved, and how much success there’s been thus far, it may only be a matter of time before robots delivering packages becomes a regular occurrence. 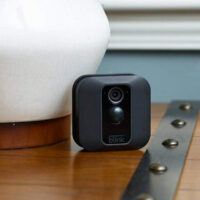 Alexa And Other Digital Assistants Have Joined Black Lives Matter