Famed physicist Albert Einstein is oft-quoted as saying: “I do not know with what weapons World War III will be fought, but World War IV will be fought with sticks and stones.” It’s an ominous phrase and one that looms large over the modern political landscape. There’s no secret that the world has the potential to destroy itself with numerous countries boasting nuclear arsenals, but the genuine number of nuclear weapons in the world is an unknown, per reports from the likes of Scientific American.

Russia’s invasion of Ukraine has caused widespread alarm the world over. Putin’s regime has crossed a line of conflict which many thought would never occur, leaving many fearful of the implications. The western world’s response to Russia’s action has resulted in a swathe of economic and political sanctions. These have caused Putin and co to act in a somewhat aggressive fashion. Putin’s warlike discourse hit a peak recently when he reportedly put Russia’s nuclear defense on high alert.

Russia’s actions have caused many to wonder whether nuclear warfare is a possibility, what that means, in a way not seen since the height of the Cold War. What that would look like is almost too frightening to comprehend, especially when you consider how vast the world’s nuclear numbers are, albeit, potentially unknown. There are nine nuclear nations; The United States, The United Kingdom, France, Israel, Pakistan, India, China, North Korea, and of course, Russia. According to a report from the Arms Control Association, as of 2021, there are a reported 13,080 nuclear warheads between these nine nations, with a staggering 90% attributed to the US and Russia. However, the actual figure could be much more than this.

For instance, the Nuclear Threat Initiative notes that despite having a nuclear arsenal since the 1960s, Israel has maintained a code of silence on its nuclear program. Thus, the number of warheads they possess remains unknown to the rest of the world. As well as this, Live Science acknowledges that whilst approximately 13 thousand nuclear warheads are known, there is of course potential that the nine nuclear states have only public declared a portion of what they hold. Anne Harrington, a senior lecturer in international relations at Cardiff University in the U.K., told Live Science. “The number of nuclear weapons China has is also a major subject of debate.”

Amidst this ever divided world, the Ukraine conflict, and general political strife it would not be a surprise if many find the aforementioned facts and figures worrying. The fact that the number of nuclear warheads remains unknown is a cause for concern. However, one thing that will cause relief is the NPT. NPT is short for the Treat for the Non-proliferation of Nuclear Weapons. The NPT’s goal is to reduce the number of nuclear weapons in the world and has 191 states signed onto it, among these, are the likes of NATO nations the United States, France and the UK. As well as this, Russia is also amongst the states that signed onto the agreement. Conflicts aside, if the NPT is upheld, then hopefully the unknown figure of Nuclear warheads the world over will continue to decline. 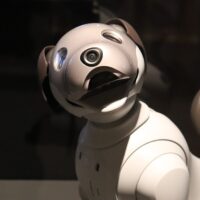