The Metaverse Has A Hilariously Low Number Of Active Users

It seems like the Metaverse is in trouble. According to data aggregator DappRadar (via The Byte), the Metaverse project Decentraland had only 38 “active users” over 24 hours. For those unaware, Decentraland is a “sandbox environment” that allows people to buy and purchase virtual real estate.

This is a disappointingly low number for the Metaverse project. The Byte notes that the company has a market cap of $1.2 billion. These low numbers mean the whole thing is performing at a loss, and the entire investment is shaping up to be quite a failure.

However, there is a bit of hope. People behind the Metaverse project commented on the low numbers and stated that “active users” are defined as unique blockchain wallet addresses that interact with their system. According to CoinDesk, users log in to chat with other users without actually being counted.

Imagine if a large venue tries to count the number of actual people who showed up at an event. They’d usually determine by ticket sales and how many seats have been filled. Sometimes these numbers are fluctuated to address third-party ticket re-selling and other factors. The ones behind the Metaverse platform argue that the reported low number doesn’t reflect how many users have interacted with Decentraland.

Creative director of the Metaverse platform Sam Hamilton said during the interview with CoinDesk that the platform averages at around 8,000 users on an average day. While an outsider may be impressed by the number, the number is relatively low considering the whole Decentraland project is supposed to be what The Byte notes as “the future of online communities.” We’ve seen YouTubers have larger audiences watching a live stream of theirs.

The Twitter account of Decentraland attempted to take control of the conversation by posting that the platform saw “1,074 users interacting with smart contracts” all last month. This still doesn’t look good for Metaverse platforms, which have already been given so much money over the past few years. The question is whether these numbers will fall within the coming months.

Metaverse is a hypothetical iteration of the internet as a single, immersive virtual world. There has been so much controversy surrounding the Metaverse, specifically regarding the social impacts of online echo chambers and how companies claim that it could be a reprieve from worker discrimination, according to Keza MacDonald from The Guardian. The term was coined in Neal Stephenson’s 1992 science fiction novel Snow Crash.

Will the Metaverse see its numbers increase? That all depends on how much interest there is in this type of thing. Perhaps with the rise of NFTs and cryptocurrency, more people may be willing to give this a shot.

As for now, it appears that the Decentraland Metaverse platform is turning out to be somewhat of a failure. Maybe people just want to have regular face-to-face interactions, not those that occur in the virtual world. There are many reasons for this, and not all of them will be the proper answer. Whatever the case, the Metaverse is still something that needs a lot of work. 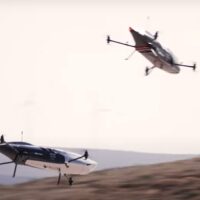 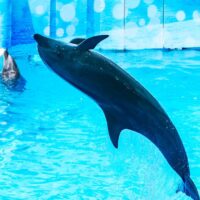