A man, a woman, and a teenager walk into Mark Wahlberg’s restaurant. Ready to order, they stand side by side at their own self-service kiosks. But each person is presented with a different menu. The woman gets grilled chicken salad options, while the man sees every burger on offer. Meanwhile, the teen gets an array of pizzas to choose from. It may seem like a glitch, but it’s not. These personalized menus are the latest effort by fast food outlets to customize the dining experience, thereby selling more food to more people. And it’s powered by artificial intelligence.

The technology, incorporated by Mark Wahlberg’s restaurant chain, is the brainchild of Raydiant – a digital signage company that developed a way to use Sightcorp software in self-ordering kiosks. Equipped with cameras these kiosks can detect the gender, age, attention level, and mood of incoming customers. AI is used to match each person with menu items they might find most appealing during that time. The groundbreaking technology was revealed at the National Restaurant Association show earlier this month. And according to Restaurant Business, it’s already quite popular at Wahlburgers.

Although it might seem unnecessary for a computer to decide which food appeals to specific people, the actor stands by the tech. In 2020 Mark Wahlberg, who is an investor and strategic advisor to Raydiant, said the team at the California-based company has done a great job creating unique in-store experiences for consumers. “I’m impressed with what they’re doing for brick-and-mortar companies,” he said in a press release. He added that he’s happy to be involved in spreading the word to other businesses.

Described as a casual dining burger restaurant and bar chain, Wahlburgers is owned by Chef Paul and his brothers, Donnie, and Mark Wahlberg. The food joint currently has 49 locations (and a few food trucks) in the United States, two outlets in Canada, and one in Germany. Due to its popularity, the brothers opened one in Sydney, Australia earlier this year. The company also has plans to expand to New Zealand in the future.

However, Mark Wahlberg and his brothers are still dedicated to making their burger chain feel like a family-run business. Speaking to Tasting Table, the eatery’s brand manager David Dai said that Wahlburgers hopes to use Raydiant’s Virtual Room AI technology to virtually visit diners and engage with them in real-time. While this very ambitious goal is not within reach just yet, it would be interesting to see how it plays out in the future. It could also be a cool way for the Uncharted star to promote his movies.

Meanwhile, Mark Wahlberg is currently working on the Netflix movie, Our Man from Jersey. The project is billed as an action thriller and stars Halle Berry. Director by Julian Farino from a script by David Guggenheim and Joe Barton, the story follows a construction worker who is roped into the world of espionage by his former high school girlfriend. Wahlberg, Stephen Levinson, and Jeff Waxman serve as producers on the film, Deadline reports. No release date has been announced at this time. 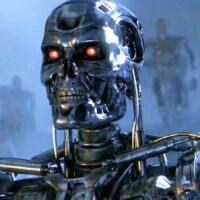 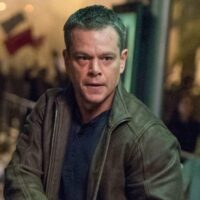 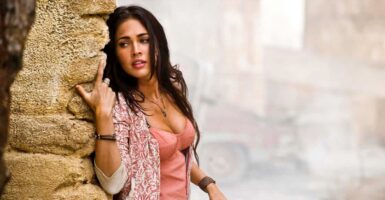 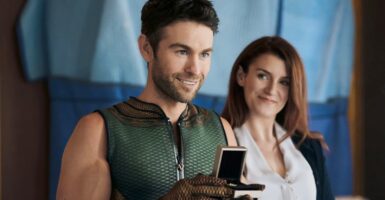