Last July, Ghislaine Maxwell — British socialite and associate of the late convicted sex offender Jeffrey Epstein — was arrested in New Hampshire. According to Reddit user u/bgny, Maxwell’s arrest coincides with when one of the most active and influential Reddit accounts since the site’s founding went completely silent. For this, and a myriad of other reasons, u/bgny is convinced u/maxwellhill is the secret Reddit account of Ghislaine Maxwell who is currently on trial for her alleged crimes.

Last week, the Maxwell Trial Tracker Twitter account, dedicated to posting updates on Ghislaine Maxwell’s trial, posted screenshots of u/bgny’s theory. The tweet claims u/maxwellhill is “99% likely to be Ghislaine Maxwell.” You can see the post below.

Maxwellhill’s year-long silence isn’t the only post gap Bgny points out. They point to other pauses in activity that seem to coincide with events in Ghislaine Maxwell’s life that would presumably warrant a break in posting. For example, Maxwellhill made no posts between August 6 and 9 2013, while Ghislaine Maxwell’s mother reportedly died on August 7, 2013.

Perhaps what’s more troubling than any post gaps is the subject matter of some of Maxwellhill’s social media presence. Bgny posts screenshots, for example, of Maxwellhill advocating for the legalization of child pornography, arguing that laws protecting children from sexual assault are too strict, and “correcting” the use of words like “pedophilia” if they deem it doesn’t apply because of age of consent laws.

Then there are more personal details which could point toward Ghislaine Maxwell. Bgny notes that Maxwellhill has claimed in the past that their birthday is after December 21, and Wikipedia lists Maxwell’s birthday as December 25. They suggest the username could be a clue — that “Maxwellhill” is a combination of Maxwell’s last name and her home in the UK’s Headington Hill Hall.

When the Daily Mail covered the theory alleging to connect Maxwellhill with Ghislaine Maxwell last year, they added at least one interesting detail to the theory. Their coverage noted that Maxwellhill “uses a mix of British and US spelling as well as French slang.” Meanwhile, according to her Wikipedia page, Maxwell was born in France, spent most of her childhood in England, and moved to the United States in the ’90s.

Regardless of whether or not Bgny’s theory is true, Ghislaine Maxwell is not having a great year. According to the New York Times, Jeffrey Epstein’s former associate is currently facing six counts stemming from four accusers in a federal trial. The charges against her include enticement of a minor to travel to engage in illegal sex acts, transportation of a minor with intent to engage in illegal sex acts, sex trafficking of a minor, and three counts of conspiracy. 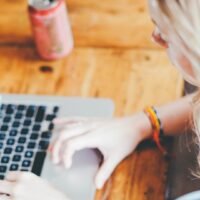 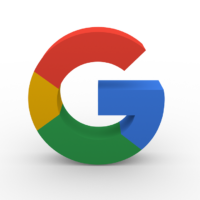