A Ferris Wheel attraction at Orlando, Florida’s ICON Park recently suffered a malfunction and caught fire, stranding more than 60 people in mid-air. According to People, a power failure caused the 400-foot-tall observation wheel to stop; while it is not entirely clear what caused the malfunction, it is most likely due to the fire that can be seen in the video below. Fortunately, no injuries were reported from the incident, which is just one of several recent amusement park disasters.

As you can see from the video, the immense wheel (known, suitably and simply, as the Wheel) is stuck in place, while a frightening burst of sparks and flame explodes out from the spokes near the bottom. At that point, it seems to die down to a smaller burning point near a pod, but even a small fire is a disastrous thing for a huge machine like this. Reportedly, approximately 80 Orange County firefighters came to assist and first responders actually manually turned the Ferris wheel to rescue the people trapped on it.

Sixty-two people were rescued from the Ferris wheel in total, in a process that took over three hours. ICON Park has not issued a statement regarding the incident as of yet, but it cannot be good news for the park. In March 2022, a 14-year-old named Tyre Sampson fell to his death from one of ICON Park’s attractions in a much-publicized and notorious incident. While risks are associated with any amusement park ride, two serious issues like this within a 12-month span do not seem to reflect positively on ICON Park.

Amusement park rides are an essential element of Americana, with various Disney attractions being some of the most iconic parts of pop culture. Rides like Splash Mountain rebranding themselves to changing cultural perceptions are treated as enormous news, while the opening and closing of others are noteworthy in themselves. At the very least, that indicates how much stock Americans put into the safety and value of rides like these.

Reports that even Disney parks are increasingly being plagued by violent outbursts and altercations imply that the wholesome image of theme parks is crumbling at least a little bit. While malfunctions like ICON Park’s Ferris wheel are likely more correlative than causative, it is a little disheartening that these incidents seem more and more frequent.

However, it is definitely fortunate that there were no injuries reported in this particular case. While it was absolutely disruptive and no doubt terrifying for the individuals who were stuck on the Ferris wheel, first responders and the Orange County Fire Department seem to have done their duties as quickly and bravely as possible. We salute them and will likely stay away from amusement parks for at least a little bit. 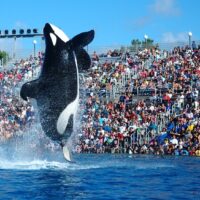 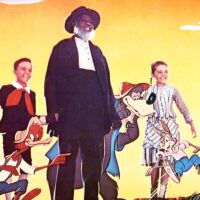