Many of you may know the recent history of Facebook with all the news on privacy, selling personal information, the political agenda and other annoying aspects of the social media giant. You may also think you know more about its history if you have seen the movie The Social Network which told the story of how Facebook came to be. But like many things Hollywood, stories change for the sake of drama and coin. So, let us help with everything Facebook.

Coronavirus fears are beginning to infect America’s biggest companies, starting with the ones with major headquarters in Seattle. The latest news from the Pacific Northwest city has become ground zero for Coronavirus infections and they’ve officially forced Facebook to shut down its operations there.

CNBC reports that a contractor working at Facebook’s Seattle office has contracted COVID-19, aka the Coronavirus. That worker’s last day in the building was February 21, 2020.

The Facebook offices there are home to 5,000 workers. All 5,000 workers have been sent home and advised that the earliest they’ll be allowed back to work is March 9, 2020. The CDC says that date would be past the virus’s incubation period, which would make a return safe.

Facebook workers are advised to work from home, if possible, until then. Given that it’s Facebook news and most of their work probably happens on a computer anyway, telecommuting will likely prevent any major interruption in the business Facebook usually conducts there.

THE EARLY DAYS OF ZUCKERBERG

Before Mark Zuckerberg became a household name, he was just a name around the house. He started his social media career as a way to help his dentist father, Edward, who ran a dentistry from home. Edward was looking for a way the receptionist could contact him without having to shout throughout the house. Mark came up with what he called ZuckNet.

ZuckNet was a simple program he wrote that allowed the computers within the house (the work computers and family computers) to talk to each other. Zuckerberg explained this program in a podcast with Reid Hoffman, an early Facebook investor: “Growing up, one of the neat things was that [my dad’s] dental office was actually connected to our home. The dentists and hygienists needed to share data on the patients. So I built a system where he could communicate with folks across rooms, and also communicate with me and my sisters upstairs— and I called it ZuckNet.”

His invention didn’t last long in the household as something new and more powerful came along to wipe out his invention: AOL Messenger. Per Zuckerberg, “It was basically our little network, inside the Zuckerberg home, and it was fun,” he added. “Basically, that was the predecessor to probably a bunch of different social software ideas that I explored over time, but very early on, very early on. And then, of course, AOL Instant Messenger came, and then everyone just used that.”

Zuckerberg eventually took his skills to Phillips Exeter Academy where he caught the eye of AOL and Microsoft. Not biting on what they were selling, Zuckerberg moved on to Harvard, where the birth of Facebook began.

FACEMASH IN THE NEWS

Credited as the first social media website, Six Degrees ushered in what had become to many as a bane to their existence. Though it didn’t last long, it was the first website that allowed users to sign up with their email address, create profiles and add friends to their network. Friendster was next, which led to Myspace, LinkedIn, and eventually Mark Zuckerberg and FaceMash.

Zuckerberg created Facemash as a way to allow Harvard students to judge the attractiveness of fellow students. Think of the early site Hot or Not. Facemash would allow the user to put two female student pictures side by side so they could be rated.

The problem with his creation was that he violated university policy. He never obtained permission from any of the students which not only upset the university but the students too. Even though he pulled in nearly 450 users, who had viewed over 22 thousand photos, the site was shut down after a couple of days.

Zuckerberg was then hauled in to meet with the Harvard Administration Board. They were tempted to kick him out but relented after he gave a public apology. Facemash may have been history but Zuckerberg was just getting started.

Zuckerberg quickly put the FaceMash fiasco behind him to focus on his next idea. On February 4, 2004, TheFacebook launched. He used this name as it was the name of the directories handed out to university students as a way to learn about each other.

Six days after TheFacebook’s launch, trouble came knocking on his door again. He was accused of stealing ideas for his website by Harvard seniors Cameron Winklevoss, Tyler Winklevoss, and Divya Narendra. They claimed it was their idea and later filed a lawsuit against Zuckerberg. This matter was eventually settled out of court.

Zuckerberg continued to grow the website but needed help. He enlisted fellow Harvard students Eduardo Saverin, Dustin Moskovitz, and Chris Hughes to help. TheFacebook was on its way as it was becoming so popular Zuckerberg began to offer it to other colleges.

It truly started gaining attraction when, in September 2004, it introduced the Wall to its site. This feature allowed user’s friends the ability to post information on their wall. By the end of the year, the website had over a million users, still lagging far behind social network leader MySpace.

By all accounts, 2005 was the year that changed things for Facebook. Zuckerberg renamed his baby simply to Facebook. This was also the year that Facebook introduced “tagging”, where users could identify themselves or friends on pictures posted on Facebook. They also gave users the ability to post an unlimited number of pictures to the site. The site also opened itself up to high school students and students in universities outside of the United States and by the end of the year, Facebook had over 6 million monthly active users.

Cashing in on the growing numbers, 2006 saw Facebook open up its membership to anyone over the age of 13. Zuckerberg was right when he predicted that a new form of relationship could be created between advertisers and their customers. Direct consumer engagement had never been seen on such a large scale that Facebook offered. More companies began reaching out to Zuckerberg and his advertising and marketing machine.

The ups were just rolling in. Membership continued to grow. Facebook introduced Marketplace. Businesses were now using Facebook as their platform to speak to customers. Facebook chat came online, adding to the site’s growth.

Zuckerberg had an unstoppable train and was rolling it anywhere and everywhere. Zuckerberg’s initial and somewhat grounded idea of students using their email address and photos to connect with fellow students had blown up big time.

He told Freakonomics Radio, “Yeah, well, I never started this to build a company. Ten years ago, you know, I was just trying to help connect people at colleges and a few schools. That was a basic need, where I looked around at the Internet and there were services for a lot of things that you wanted.” Zuckerberg added, “You could find music; you could find news; you could find information, but you couldn’t find and connect with the people that you cared about, which as people is actually the most important thing. So that seemed like a pretty big hole that needed to get filled.”

As more and more people began to make Facebook their social media home (Zuckerberg dethroned Myspace in 2008 as the most-visited social media website) little issues suddenly became bigger issues. Just as it is today, privacy became a big issue. Early on it came when Facebook introduced News Feed. Its first venture on Facebook showed every change that a user’s friend would make. Outcry helped as Facebook then introduced its privacy controls, allowing users to control what they saw on their News Feed.

Privacy continued to haunt Zuckerberg and Facebook. It has been plagued with data sharing scandal as the New York Times reported that Facebook gave tech giants Microsoft, Spotify, and Netflix access to user’s data without anyone else knowing about it. Also revealed was that the social media king was considering selling user data after saying it would not and a virus had infected over 6.8 million people which gave third-party apps permission to access their photos. Of course, Facebook is denying the allegations but where there is so much smoke, there’s gotta be some fire.

What does the future hold for Facebook? That’s a good question for Zuckerberg. In 2019 he seemed to discuss this, along with various other topics, in his ginormous blog he posted on Facebook. One of the many things he touches on, privacy, he came to the conclusion, “frankly we don’t currently have a strong reputation for building privacy-protective services.”

With the recent issues of data breaches, propaganda, fake news, privacy issues, and terrible ad-tracking practices, Facebook is slowly turning into a website no one is wanting to be a part of anymore. Growth is already stalling and users may be bailing by the millions. But how does Zuckerberg combat this?

It looks as if Mark Zuckerberg sees the future of Facebook as more of a messenger service revolving around apps such as Messenger, Instagram and WhatsApp. Facebook could be leaning away from News Feed, Friends list and likes. He would like to refocus around encrypted services, small group messaging and ephemeral communications.

What he describes is a new platform, one that feels personal, one that takes privacy seriously. Zuckerberg wrote he sees a platform “where people can be confident what they say to each other stays secure and their messages and content won’t stick around forever. This is the future I hope we will help bring about.”

When Zuckerberg hit Harvard, he majored in Psychology. Why not computers? If you think about it and how Facebook initially drew people in, how addictive it was (and still is for many) with the likes and pokes and comments, the psychology becomes a bit clearer. Knowing how a person reacts and having the ability to design something that allows for what most people crave, interaction, takes a bit of mind-knowing. So who’s to say Zuckerberg’s new outlook on Facebook’s future won’t be just as big of a hit? Time will tell.

Google News: YouTube Will Throttle Traffic In Response To The Coronavirus 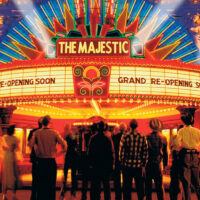 Apple News: Will Apple Acquire Disney During The Crash?