Elon Musk is a man who wants many things. He wants to lead the charge on electric vehicles, he wants to colonize Mars, and he wants his cars to be allowed to fart, apparently. However, it looks like he won’t be getting that third wish. In a recent Tweet, Musk expressed his exasperation with a simple Tweet, blaming the “fun police” in the process. Check out the Tweet in question below:

The Boombox is an external feature on Teslas that allow their owners to project animal noises, music, and even fart noises. Now those noises will be restricted. This isn’t the first recall Elon Musk has dealt with as of late. In fact, it’s the eleventh recall in the short span of four months. The reasoning behind the latest recall is, naturally, safety. The recall was ordered by the National Highway Traffic Safety Administration. The NHTSA argues that the feature could make it more difficult for pedestrians to hear warning sounds from the electric vehicles. Tesla’s rebuttal was that the Boombox sounds could actually be more of a warning than the typical warning notices. Still, Tesla’s argument was shot down and now over 500,000 Teslas will need to go through the recall.

Fortunately for Tesla owners, the recall will just be a remote update without them needing to bring their vehicle in anywhere. The update will disable the Boombox feature while the vehicles are in drive, reverse, or neutral. In short, you can’t use the Boombox feature while you’re in motion. As mentioned, this isn’t the first recall Elon Musk has faced as of late. A very recent recall fixed an issue where a chime wouldn’t always go off if a seatbelt was unbuckled. The self-driving software also had a recall due to programming that would cause it to roll through stop signs on occasion.

Despite Elon Musk’s resistance to the strict measures of the National Highway Traffic Safety Administration, we have to keep in mind that the widespread use of electric vehicles is still fairly new. Everyone is still learning what’s safe and what isn’t. Since they make so little noise, it can be difficult for pedestrians to hear them coming, so a warning noise is necessary either way. Whether a fart noise or a traditional beep is more effective remains to be seen, but it’s a safe bet that a beep is more universal for warning someone. Musk can be unhappy about the rules all he wants, and he often is unhappy about them, but there’s not much he can do.

It does seem like Elon Musk companies have been facing quite a few problems as of late. The recalls are certainly a concern for Tesla, but SpaceX has been in the news for some gaffes of their own. In addition to a cruise ship causing them to cancel a rocket launch, some of their old space debris has been projected to whack into the moon soon. As annoying as Musk might find the “fun police” they do serve a purpose. I mean, we are talking about the guy who sold flamethrowers to the public, and I know plenty of people who should never get their hands on a flamethrower. 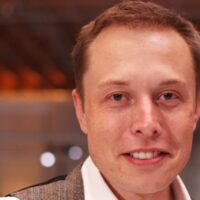