We can all agree on the fact that Elon Musk isn’t your typical CEO, but he is an inspiring role model to many aspiring entrepreneurs and is now the new “Technoking of Tesla.”

In the filing with the Securities and Exchange Commission (SEC), Tesla announced that Elon Musk is assuming the title of “Technoking of Tesla,” right after its Chief Financial Officer, Zach Kirkhorn, took the mantle of “Master of Coin.”

Though these titles sound like something that came from a medieval-themed fantasy game or TV show, each executive will keep his official title at the company, CEO and CFO, respectively. Neither of these gentlemen elaborated on the meaning of new titles, leaving everything to speculation, but one thing is certain – Elon Musk is the “Technoking of Tesla.”

Elon Musk held the title of chairman of Tesla, Inc. (formerly Tesla Motors), as he was a co-founder of the company and the man behind 98% of its funding. However, in a previous settlement with the SEC over deceptive tweets Musk sent out regarding “secured funding” to take Tesla private, he was stripped of his title of chairman.

Initially, the SEC sought to strip Elon Musk of his CEO title for his social media posts but settled for less. Musk was fined $20 million and had to give up his place as chairman, which is now occupied by Robyn Denholm.

Chairs aren’t the only thing Elon Musk lost. Approximately a month ago, Musk lost the title of the world’s wealthiest person, dropping back into second place behind the Amazon founder Jeff Bezos. This happened due to Tesla’s share price drop, one of the sharpest one-day falls in the last six months.

The stumbling drop was partially fueled by Elon Musk’s social media posts regarding Bitcoin and other cryptocurrencies, describing them as pricey, just two weeks after Tesla bought $1.5 billion of BitCoin. Initially, the company’s acquisition of Bitcoin sent the price of the cryptocurrency to new heights, reaching $58.000 per unit. However, the price has since fallen to $47.500, which is a significant dip over a few days’ time.

Is Mr. Musk, at least partially, to blame for the plummet of Bitcoin’s price? We’ll leave that question for the financial experts to answer, as he is known to influence the world of cryptocurrencies by driving their popularity. It’s worth noting that Tesla’s acquisition of $1.5bn worth of Bitcoin was a company decision made under the updated investment policy and not a direct reflection of Elon Musk’s opinion or bias towards digital currencies.

Still, the new title of “Master of Coin” bestowed upon Zach Kirkhorn as the Chief Financial Officer sits very well with the company’s acquisition of Bitcoin. As for Elon Musk’s title of “Technoking of Tesla,” well, we can only speculate. It’s either a confidence-boosting move, given his recent fall from the throne of the world’s wealthiest, or simply a corporate-level joke related to his Chief Technology Officer’s role at SpaceX.

So, it looks like Tesla employees will now be under the reign of Technoking Elon Musk. 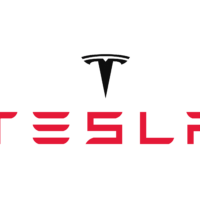