The New Electric Hummer Will Have Crab Mode, See It In Action

General Motors has teased the GMC Hummer EV on Twitter, which they will fully reveal on October 20. According to the teaser, the Electric Hummer will have 1,000 horsepower, 11,500 pound feet of torque, an open air infinity roof, crab mode, 0 to 60 in 3 seconds, will be super fast charging, will have… wait a minute. Crab mode? That’s right: crab mode.

The all-electric super truck will indeed feature what is being called “crab mode.” In a press release, GMC said of their new Electric Hummer:

“The supertruck’s industry-leading Crab Mode feature is enabled by the GMC HUMMER EV’s four-wheel steering capability, allowing it to move in a diagonal direction – functionality that is tailor-made for off-roading customers.”

Basically the Electric Hummer’s “crab mode” lets the driver move all four wheels at the same time, as to make the Electric Hummer look as though it’s moving diagonally. Like a crab, but, you know, a Hummer. The teaser video also boasts an “adrenaline mode,” which is supposedly having to do with high-performance driving, whereas “crab mode” will presumably be used for off-roading.

Watch the Electric Hummer crabwalk below…

Recently, Rivian announced that their electric trucks would have a feature called the “tank turn,” which essentially means the truck can pivot to make an 180-degree turn. This looks to be General Motors’ response to that innovation.

The Electric Hummer’s Other Features

The Hummer EV will be the first to use the Ultium battery system and will feature removable Sky Panels and a trunk in the front to store the panels.

GMC describes the new Hummer on their website with the following:

“The First Ever GMC Hummer EV has zero limits, and our open-air design provides powerful proof. For the unique open-air experience, easily remove the four roof panels and front T-bar to let the world in. We’ll continue to keep you informed as we prepare to show the world our revolutionary all-electric, zero emissions, zero limits supertruck.”

GM has an uphill battle ahead of them (one they can theoretically do with a crab walk), competing against other similar electric pickups. GMC is planning on delivering the Electric Hummer in Fall 2021, around the same time Tesla is supposed to release their Cybertruck. Meanwhile, the Rivian R1T pickup should be available by the end of 2020.

GM announced in March that there would also be an SUV variant on the Electric Hummer. GM was originally planning to showcase their new Hummer EV trucks on May 20, but delayed the announcement for the fall.

GM quit making the Hummer brand when the company claimed bankruptcy in 2009. Near the end of its lifespan, the Hummer was criticized for its poor gas mileage as the market started to move towards more efficient vehicles, but this new iteration seems to address the largest flaw in the Hummer brand by making it electric.

In July of this year, GM posted a loss of $806 million for their second quarter, primarily because of factory shutdowns during the COVID-19 pandemic. But according to CNBC, GM plans on investing $20 billion in the next five years towards autonomous and electric vehicles like the Electric Hummer.

“General Motors’ vision of a world with zero emissions will be powered by a future where every vehicle is an electric vehicle. We are aggressively going after every aspect of the EV ecosystem. First, because we need millions of EVs on the road to make a meaningful impact toward building a zero-emission future. Second, because GM is uniquely positioned to design, engineer, and produce EVs that are desirable and affordable for our customers. And finally, to drive growth that will benefit our employees, our investors, our dealer, our suppliers, and the communities where we do business.”

By taking their old brand with poor gas mileage and making it a central part of their campaign to go all-electric, GM is certainly making a statement about their dedication to a low-emission future with the Electric Hummer. As Mary Barra, Chairman and CEO of GM says also on the GM website, “We want to put everyone in an EV, and we believe we have what it takes to do it. Beyond the societal benefits of an all-electric, zero-emissions future, we are going to drive an amazing ownership experience for our customers.”

And an experience that involves driving like a crab! 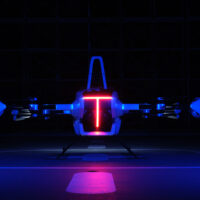 Toyota Has A Working Flying Car, Watch It In Action 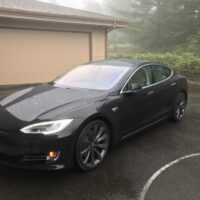 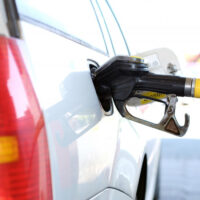 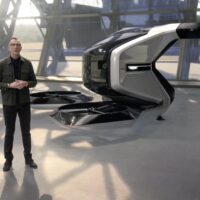