When Bill Gates and soon-to-be-ex-wife Melinda announced they were getting a divorce, the initial messaging around it appeared to be centered around an amicable split. But there’s always more to these stories, and that seems to be the case with the Gates. Well, now Microsoft and its leadership have come out to speak on the situation and how Gates’s time with the company may have contributed to the two getting a divorce. The CEO of the company said in an interview with CNBC that they have been looking into the culture at Microsoft and have taken allegations of impropriety by Gates in his time there very seriously.

Nadella responded initially to the report that an employee had reported an affair between she and Bill Gates in 2000. The report wasn’t filed until 2019 and at the time Bill Gates was serving on the company’s Board of Directors. This led Microsoft to an internal investigation about the allegations, finding that the affair did, in fact, happen but that it ended “amicably”. Nadella, speaking for Microsoft, praised the company and its current culture that even something that happened almost two decades prior, with someone in an extreme position of power there, would be taken seriously.

Additionally, as part of the Microsoft response to the issue of Bill Gates, Nadella went on to explain that within the company, all employees are supposed to disclose workplace relationships. This was instituted more than fifteen years ago. This likely wasn’t in response to anything Gates did at the time but was meant to make sure there wasn’t an imbalance in the power structure with superiors and subordinates.

It was around the time that the employee voiced the issue of the affair that Bill Gates stepped down from the Microsoft board. A representative of the company says this move was independent of the reported affair and had more to do with Gates seeking to work more with his charitable organizations. While the timing might have been conspicuous, apparently the two things had nothing to do with each other.

Bill Gates and Melinda Gates announced about three weeks ago that they were seeking a divorce and would begin that process. The release at the time said they would continue to work together on the Bill & Melinda Gates Foundation, though recent news has some wondering if that will be the case. For starters, there is this aforementioned affair that is likely to come up in the proceedings.

Additionally, there have been some recent rumors that part of the rift between the two could have been the relationship Bill Gates may have had a friendship with accused sex offender and billionaire financier Jeffrey Epstein. It’s been reported that the two spent time together and this had Bill and Melinda at odds. Whether this continues to come up as the divorce goes on remains to be seen.

Whatever ends up happening, it’s clear Microsoft may be looking to distance itself from Bill Gates and are focusing on the workplace culture moving forward. He will always be tied to the company of course, but they are under new leadership now and clearly want to ensure the workplace meets certain standards when it comes to relationships. 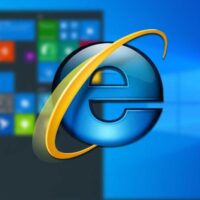