How Best Buy Survives In An Amazon World

By Rick Gonzales | 2 years ago

Electronic giant Best Buy is going through something of a renaissance. In an economy dominated by the behemoth known as Amazon, Best Buy has survived. After coming close to folding under constant pressure, they are now thriving. In the fourth quarter of 2018 alone the company posted a whopping $42.1 billion in revenue.

Best Buy’s success isn’t an accident. It’s smart strategy. Competitors like Circuit City are long gone, Radio Shack is a ghost, and even Fry’s Electronics is rapidly contracting. Best Buy stands strong. To find out how they’ve survived, first we have to understand how they got here.

Best Buy’s roots take them all the way back to a simple start. Founded in 1966 by Richard Schultze, they were known for 17 years as Sound of Music. Specializing in high fidelity stereos, Sound of Music operated as local outlet until Schultze bought out his business partner in 1969. From there, Sound of Music expanded to nine stores and flourished until 1981 when a tornado struck one of Schultze’s stores. To deal with the disaster, Schultze hosted a “Tornado Sale”. During that sale he promised “best buys” on everything in the store. It wasn’t until 1983 that Sound of Music officially changed its name to Best Buy, giving birth to an American franchise.

The 1990’s and early 2000’s saw a revolution in electronics and how they were sold. Technology was rapidly changing and along with it the way we processed information and how we brought it into our homes. TV’s got bigger, stereo’s fancier, sound systems expanded, and computers became much faster. Best Buy wasn’t the only shop in town. Radio Shack was already an American staple but along with it came big hitters like Good Guys (which became CompUSA when bought out in 2003), Incredible Universe, Tweeter, Gateway Country, Circuit City and Fry’s Electronics. The competition was fierce and for a decade and a half everyone got a piece of the consumer pie. There was plenty for all as John Q. Public demanded bigger, faster, and better .

End Of The Electronics Era

The seeds of the electronic industry’s demise were planted as far back as 1994. It was then that Amazon launched, at first as a simple online market of books – fiction, non-fiction, children’s and everything in between. The company saw enough business from its online book consumers that in 1998 it began to sell music and videos. Sales took off and what the public knew as normal on the electronics retail landscape began to change.

With the advent of Amazon and its growing ability to sell, the heavy hitters of electronics world were slowly beginning to feel the pinch. Amazon’s popularity allowed the company to spread its monetary wings. No longer was Amazon sticking with books, music, and video but it began to reach out to more and more products. Toys were introduced. Jewelry and clothing. And yes, electronics. To be a player in electronics, Amazon had to figure out how to get the consumer’s eyes to their website. Their answer to this was to hit people in the pocketbook by delivering prices low enough to entice any purchaser. The result was the demise of the big, electronics retailer.

But was it the only reason for the decline? Price lowering was always a way to attract eyes, generate traffic and bring bodies to the store. So, what was it about Amazon that turned so many in their direction? As much as price it was ease of use. If you can shop for electronics from the comfort of your home AND get a good deal on top of it, then why go to the trouble of getting in a car to fight traffic at a store where prices are higher?

Slowly but surely, the big names began to fall. Grand stores such as CompUSA and Circuit City held out as long as possible but the result was always the same. Incredible Universe, Tweeter and Gateway Country all failed to survive. These days even Fry’s Electronics has begun shuttering stores. Amazon has taken their business and left almost nothing in its wake. Shopping online has taken place of shopping in store. Its popularity, especially when it comes to purchasing electronics, was without a doubt. Soon other big retailers started chipping away at their market. Walmart got into the act. Target started pushing electronics online. Even Sears changed their model as they closed many stores but adapted an online model. Newegg became a player in online electronic service.

Somehow, through it all, Best Buy is still standing. Some might even say flourishing. Their stock price is strong and their stores are busy. In a retail landscape where everyone is closing, Best Buy is staying open.

The early 2010’s was not a good time for Best Buy. Their CEO admitted to improper relationship with a female employee, and his resignation came at no surprise. A change in leadership was just the beginning. All their stores had the same problem. Customers came in to test their products and then went back home to purchase the less expensive version on Amazon. Best Buy stores were bleeding money. They were on the road to a slow, but painful death and everyone knew it. Their terminated competitors were the writing on the wall. They seemed doomed, but then something changed. Best Buy went from circling the wagons to thriving.

Unlike those doomed competitors Best Buy understood what was happening. They understood why their customers were leaving. Amazon made it easy. To compete, Best Buy was going to have to do the same. They shifted their focus not just to improving the experiences of their customers, but their employees too. Hubert Joly took over as CEO of Best Buy in 2012 and went directly to his workers. He spoke with them, he worked with them and most importantly, he listened. The ideas he got out of that interaction were things he was able to focus on and fix.

Joly immediately had Best Buy’s internal search engine overhauled. This allowed employees clean data when it came to researching items in stock. In concert, Joly beefed up the employee training program, making for more skilled sales representives on the store’s front line. He also restored something the employees relished: Their employee discount program. The results, to date, have been quite favorable. 78% of Best Buy employees would recommend working at the electronic giant.  In June of this year, Joly handed over the reins to Corrie Barry, the transaction very successful but before this, Joly had a 92 percent approval rating by his employees.

Joly changed his company’s culture by making his stores a more favorable place to work, and that had an impact on everyone who walked through the door to shop there. But it wasn’t enough. Customers still came in, browsed, and then went home and find a less expensive version on Amazon. Joly’s answer? Let’s match prices. At first outsiders savaged his price matching system. Critics warned it would eat up Best Buy’s higher-margin sales. But Joly felt consumers wanted to see these expensive toys up close. Get their hands on it and if Best Buy could match prices, then no one would leave without a purchase. Joly even told the New York Times, “Until I match Amazon’s prices, the customers are ours to lose.”

Now able to compete with Amazon prices Best Buy took another step to stop the bleeding. They made deals with large electronic companies like Samsung and Apple, allowing them to feature their products in stores. Now every Best Buy contains mini stores within the store. Each company rents their space from Best Buy, offsetting what money the store loses from their price matching system.

Going one step further to enhance their customer experience, Best Buy shifted focus to allow customers the ability to go online and either have their product available at their local store or, if they wanted to wait, they have the product shipped.

The the core of their success though, is Best Buy’s strategy of developing relationships with their customers. They created the Geek Squad, a fleet of experts trained in tech support, which helps with installation of purchased electronics and in-store issues. Once established, Best Buy took their Geek Squad service a step further. They now offer a program called In-Home Advisor where they send out a consultant to your home to offer advice and help you decide if there is a purchase you should make to improve your home.

The company’s new goal, according to Joly, is not to beat Amazon, but to co-exist. Best Buy knows Amazon isn’t going anywhere. Adaptation is the name of the game in today’s world.

The Future Survival Of Best Buy

Buying online is too easy. People are never going back to the old way of doing business. So for a brick and mortar store to survive, they have to adapt. Companies such as Target, Wal-Mart, Newegg and even Sears fight to leave their footprint online using competitive pricing. In the face of fierce competition in a technologically challenging landscape, Best Buy has found a way to remain relevant. Rather than resisting change it has embraced it, maneuvering itself into a niche it can both survive and thrive in. As long as America’s last great electronics retailer continues adapting both to the now and the future, Best Buy will survive. 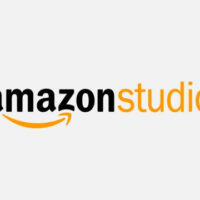 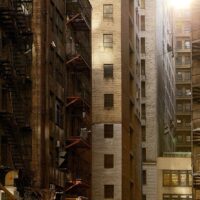 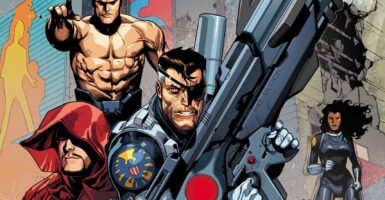