Having brought us one of the best – and certainly one of the funniest – recent looks at life after the zombie apocalypse, now the screenwriters of Zombieland are spinning a tale of the robot apocalypse…only this one didn’t go so well for the robots. Writers Rhett Reese and Paul Wernick have sold Sony Pictures a new science fiction script called Epsilon.

The Hollywood Reporter says that Reese and Wernick landed nearly a million bucks for the deal, which also had Warner Bros. and DreamWorks interested. So, what’s the brilliant idea that had the studios salivating? Here’s the skinny:

Epsilon is set after an initial robot rebellion ended in failure and Earth operates on almost no electronics. The remaining robots seek refuge on a space station and begin to raise their own human lab rats, which they train to act as their agents. The main character is a man who discovers he is more human than he thought.

So, a little bit Robopocalypse, a little bit Battlestar Galactica, maybe a smidge or two of The Matrix. Honestly, at this point it’s just exciting Hollywood picks up an original science fiction script that isn’t based on an existing property, a sequel, a reboot, or a rebooted sequel to an existing property. There are a lot of ideas crammed into that synopsis, but it certainly has potential, and these guys have proven with Zombieland that at the very least they can write a solid screenplay.

Tinseltown seems to have robots on the brain these days. Just in the past few weeks we’ve had not one but two new robot-related television projects announced. One is from Terminator: The Sarah Connor Chronicles showrunner Josh Friedman, and the other from J.J. Abrams and Fringe exec producer J.H. Wyman. And then there’s the Spielberg-directed adaptation of the actual novel Robopocalypse which is supposed to arrive in April of 2014. Hey, Hollywood never met a bandwagon it didn’t want to jump aboard… 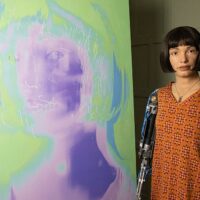