The Young World And The Fire Sermon: Hollywood Snatches Up New Post-Apocalyptic YA Novels 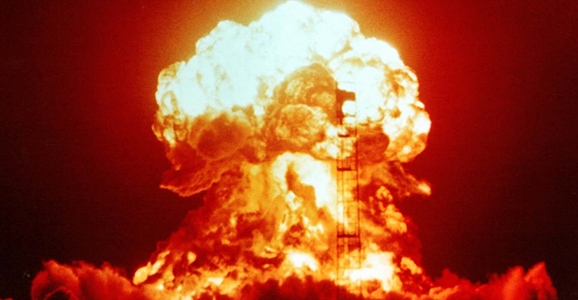 Hollywood movie studios are always looking for the next big thing when it comes to adapting young adult book series into a new film franchise. The success of Harry Potter, Twilight, and The Hunger Games opened the door for young adult authors to see their work on the big screen. But for every successful young adult film series, there’s a long list of non-starters like The Golden Compass, Beautiful Creatures, and The Spiderwick Chronicles. Veronica Roth’s Divergent series, starring Shailene Woodley, Miles Teller, and Kate Winslet, has been getting a lot of buzz lately, but now there’s yet another crop of YA adaptations in the works.

Deadline reports that two upcoming YA science fiction book series have just had their movie rights grabbed up. Warner Bros. picked up Chris Weitz’s The Young World, while DreamWorks acquired the rights to Francesca Haig’s The Fire Sermon. Both series are set in post-apocalyptic future worlds. Do you see a trend here?

Chris Weitz’s The Young World is set after a cataclysmic event that killed off every person on Earth not between the ages of 12 and 21. The book follows a group of young survivors of the newly destroyed world. The children and young adults have now inherited the Earth and must try to re-build society and establish order, while also going through puberty and teen angst.

The author of The Young World is writer, producer, and director Chris Weitz. He directed the second installment in the Twilight Saga, Twilight: New Moon, as well as the aforementioned dud, The Golden Compass. Recently he directed the indie film A Better Life, which earned its star, Demián Bichir, an Academy Award nomination for Best Actor in 2011. He also directed About A Boy and the original American Pie film, with his brother Paul Weitz. The Young World is Chris Weitz’s debut novel.

Next is Francesca Haig’s The Fire Sermon, which is expected to be the first of a new trilogy of books. The Fire Sermon is set 400 years in the future. After a nuclear apocalypse, civilization is re-built without technology, and all humans left on the planet are twins. Each set of twins includes the Alpha, which is the physically perfect one, and the Omega, which bears some mutations.

In this new society, the Omega twins are forced to live in separate settlements, even though the twin are connected so that if one dies, both die. The new book and film will follow the relationship between a twin brother and sister, and how one of them becomes a new leader in the repressed society.

These titles sound like good pulpy science fiction with a young adult audience in mind. Hopefully each film can get some quality talent in front of and behind the camera. The search for the next big young adult film franchise continues!