New York City Skyline As Seen On Other Planets

With the threat of global warming hovering above and around us, constant innovations are being made that may increase future generations’ enjoyment of this planet for another few seconds. Comparisons are often made between what Earth is like now, and what Earth was like before humans evolved and fucked everything up, but let’s take a second to consider how our human construction may fair in the harsh environments of other planets.

The following illustrations were created by talented researcher and artist Nickolay Lamm, with the help of astrobiologist Marilyn Vogel, a former employee of NASA’s Ames Research Center. Each picture envisions one of the United States’ most iconic images, the New York City skyline, as it were located on the other planets in the solar system. They each include a brief description of how each planet’s environment would render all of that construction useless for human beings. Check out some of them below. 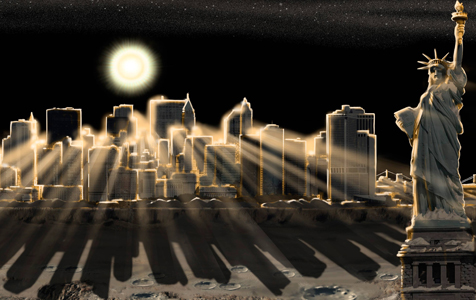 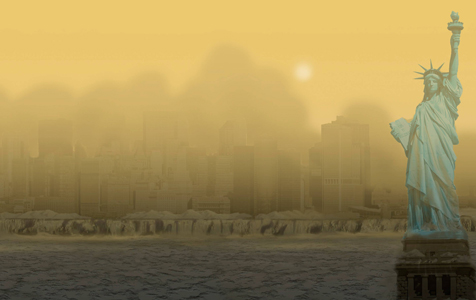 Essentially, everything is full of dust and craters up there, like acne left in a corner of the attic. Venus looks as if there was a Wailers concert happening, while Mercury’s image is just begging for Snake Plissken to arrive and save whoever may be in trouble.

It’s strange to see the Statue of Liberty, as well as the buildings themselves, surrounded only by land, which alters the purpose of the buildings’ grouping in that way. Everything is different now. So look at purty Jupiter and purty Saturn. 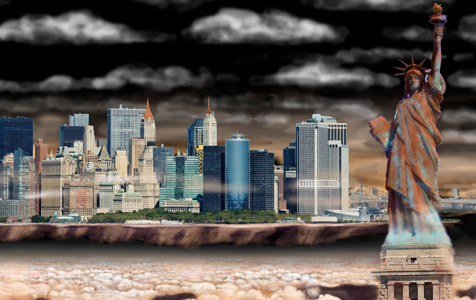 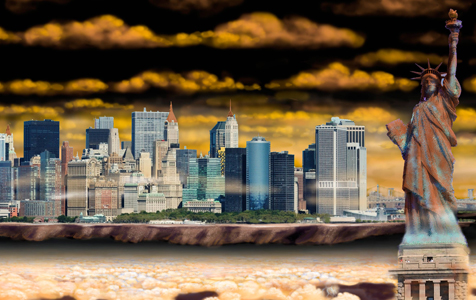 Those are frame-worthy. Uranus and Neptune, due to their extreme winds, would bring about an eroding destruction to everything standing on them. Twenty dollars says I could stand out there for like…five minutes. No, seven minutes. Easy. 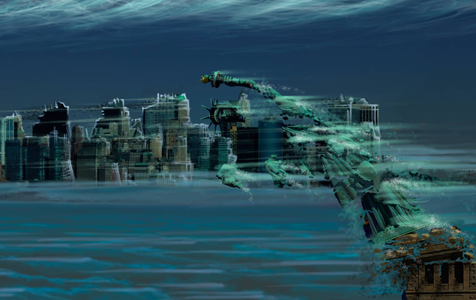 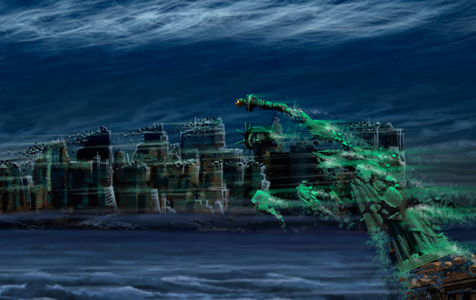 It’s just like the end of 1968’s Planet of the Apes, when New York is somehow transferred to the ape planet and then ruined outside the context of the film. (It’s possible I completely misunderstood that entire movie.)

The story here is clear, and it’s put best at the end of the Lamm’s post: “Our way of life depends on a set of conditions which does not exist anywhere else on our universe. Let’s protect what we have.”