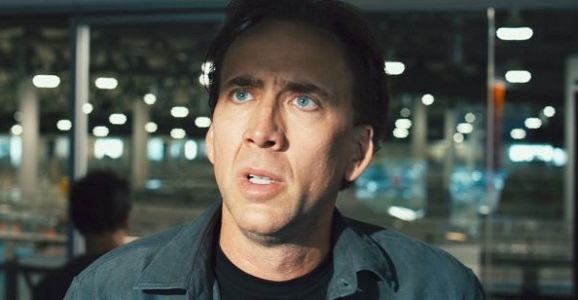 Let’s not fool ourselves here. The latest trailer for Gavin Hood’s Ender’s Game was pretty amazing, even though it spent far too much time focused on ships zipping around in space and not enough time dealing with the real human drama that the novel concerns itself with. What you may not have noticed is that the trailer isn’t just showing you footage from Ender’s Game, but also from director Alex Proyas’ polarizing 2009 sci-fi disaster flick Knowing. Wait, what? That has to be a joke, right. Nope. Thanks to a clever Reddit user with a good eye and a great memory, we now know that these two movies must have taken place within the same universe. Or maybe not. I personally like to think that Nicolas Cage is everpresent even in the movies he doesn’t star in.

Granted, the “stolen” bits only showed up for the briefest of moments near the beginning, and they’re visually distorted, but it’s still pretty damned strange. When we’re shown the Earthly damage done by the Buggers, the shots used include one of a vehicle fleeing an impending wall of dusty doom, as well as the Met Life building getting demolished. Both of these moments occur during the massive destruction sequence seen in Knowing. I’m not sure if the third shot of a fiery landscape was also cobbled from the Proyas film. It isn’t clear whether these shots are actually in Ender’s Game or not, but I’m guessing they aren’t, since everything else in this film seems to be ridiculously crisp CGI. Except for Harrison Ford’s face, of course.

Take a look at the comparative screen caps below.

So there’s obviously the question of whether this is legal or not. Both films were produced and are owned by Summit Entertainment, so yes, it probably is. And it’s not like this is the first time a major film has reused footage from other major films. This happened most notably in Transformers: Dark of the Moon, where Michael Bay used shots from his 2005 film The Island. He also did it with Pearl Harbor and the first Transformers. But at least he used his own films. WHy did Summit feel the need to even add this footage to the trailer? The world may never know.

Check out both the Ender’s Game trailer and the Knowing scene below, and drink every time you wish Asa Butterfield’s Ender was replaced by Cage.