The way the economy is right now, maybe this isn’t the best way to spend the taxpayers’ money. Using the White House website petition service — yes, the one people were trying to secede with — John D. of Colorado started a petition to build a fully operational Death Star. Yes, just like the one that blew up the planet Alderaan in Star Wars.

The beauty of the United States is that if you get enough people on your side, you could do almost anything. The White House website reflects that idea and makes it possible for anyone to start a petition for any issue that you feel is necessary for the President to address, even if that issue is the construction of a Death Star. As reported on Nerd Approved, the petition has gained the necessary 25,000 signatures for the White House to review it. From the White House petition:

Those who sign here petition the United States government to secure funding and resources, and begin construction on a Death Star by 2016.

By focusing our defense resources into a space-superiority platform and weapon system such as a Death Star, the government can spur job creation in the fields of construction, engineering, space exploration, and more, and strengthen our national defense.

How about that! Considering the Death Star was a symbol of the Empire’s dominance over the galaxy, it might not be the message the United States wants to send. Also, there’s the matter of the bill. The estimated cost of building a fully operational Death Star is approximately $852,000,000,000,000,000. It would also take an estimated 833,315 years to complete it. Our country is on the verge of a (supposed) fiscal cliff, so we should probably focus on more reasonable goals. Like making Judge Dredd a reality.

Or we could just settle for a new Star Wars movie in 2015 instead. 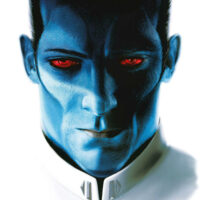