Forbidden Planet (1956)
We’ll be keeping things chronological for the purposes of this list, which is good news, because it means we get to start things with a one-two punch of genuine science fiction classics. In Forbidden Planet a United Planets expedition voyages to the planet Altair IV to investigate what happened to the MIA vessel Bellerophon some 20 years before. Led by Commander John J. Adams (Leslie Nielsen, playing the straight man perfectly long before he began doing so as a joke), they arrive to discover that there are survivors from the earlier mission…but only two. Dr. Edward Morbius (Walter Pidgeon) first warns Adams and company away, insisting that he cannot guarantee their safety should they land. Adams is having none of that, so down they go, and upon meeting Morbius in person, they learn that the entire crew of the Bellerophon was killed by an unknown “planetary force,” except for Morbius and his wife, who later died. Now Morbius lives alone with his daughter Altaira (Anne Francis) and their robotic servant, Robby, amidst the ruins of the Krell, an ancient, highly evolved race that once inhabited Altair IV, only to vanish. I won’t say anything more to spoil the mystery if you’ve never seen it, because Forbidden Planet is one of those “must see” movies for any true science fiction fan.

Fun Robot Fact
Forbidden Planet was the iconic Robby the Robot’s first appearance, but hardly his last. He later showed up in The Addams Family, Lost in Space, The Man From U.N.C.L.E., The Twilight Zone (three times!), and many others.

Where Can I See It?
You can rent it or purchase it on most of the major streaming services. Take your pick here. 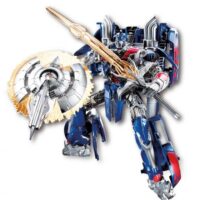 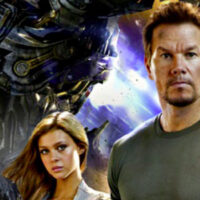 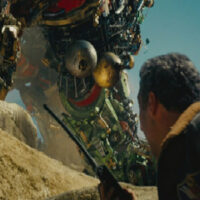