Watch Pixar Assist In Creating The World Of John Carter

Disney’s John Carter is considered one of the biggest bombs of 2012. It’s a movie that did not connect with audiences because of its strange alien landscape, flat and uninteresting characters and overall sloppy storytelling. But some feel it’s one of the most important films of 2012 and will get that recognition years later. Why? It’s the film’s groundbreaking visual effects and creature creation. Andrew Stanton’s vision for John Carter may have been ill-conceived but its visual signature remains breathtaking and awe-inspiring.

In the above video animator Patrick Giusiano put together a short video showing three key sequences from John Carter. It shows these sequences from its storyboard stages to final rendering. The first sequence shows the use of Pixar’s storyboards. Some of Pixar’s animation staff were selected by Stanton and were brought on briefly to work on some of the storyboard elements and visual appeal of John Carter. Though Giusiano would like to point out, this was NOT a Pixar production. Giusiano then made real-life reference points to the storyboarded action. He then animated those actions and composited the animations onto the physically shot locations. Once a rough map of these scenes was created, Giusiano showed his work to Stanton who later wanted him to tweak it for a final rendering.

It’s a very involved process and really shows how much work and imagination went into John Carter (too bad this type of work didn’t go into the script or acting). In the end, John Carter is not as bad as its box office would suggest. It’s a movie rich with amazing alien creatures and complex and thoughtful world building. It’s by no means perfect but still leagues better than Battleship, another movie starring Taylor Kitsch. 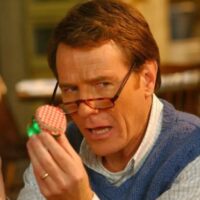