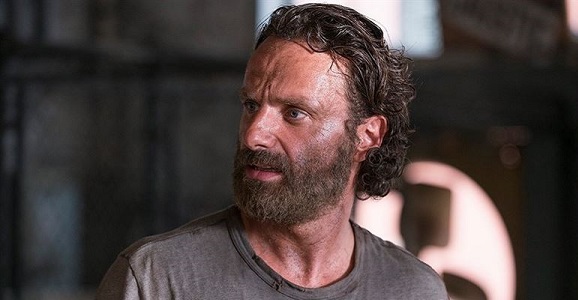 Tonight was the midseason finale of The Walking Dead, and if you’ve been paying attention to our stories, as well as what the series’ creative team has been saying, viewers were in for one hell of a showdown. What they failed to bring up, however, is that the “showdown” would be a nearly silent affair with most everybody’s guns holstered until the final minute or so. I guess I should have expected this.

Honestly, “Coda” did a whole bunch of nothing while slowly staggering towards the final minutes, so I’ll just mention the rest of that in passing later. For now, we must talk about Beth. Because she’s dead. And I get more surprised when my birthday rolls around than I was by Beth taking a bullet to the head, although I couldn’t have possibly predicted the manner in which it would happen.

Rick & Co. — not to be confused with Abraham & Co., though they all come together in the end — are holding two of the hospital cops hostage with the goal of using them to get Carol and Beth back. Fast-forward through a scene where Rick is master negotiator and the group arrives at the hospital, ready to take their friends.

And the hospital’s resident maniac Dawn is perfectly ready to make the switch. Almost. See, she’s had a long episode of baring parts of her soul to Beth. Dawn is a woman who will continue to do whatever is necessary to restore order in her neck of the woods, but the only order she understands is “scaring people with the prospect of immediate death,” and Beth grasps that regardless of how her behavior is explained and defended, Dawn is a monster. A monster that doesn’t have a long-term goal set up for if life ever extends beyond a hundred yards in any direction. And even though Beth knows Dawn puts down the bad guys just as easily as the good ones, her sense of morals and justice are just too far gone. 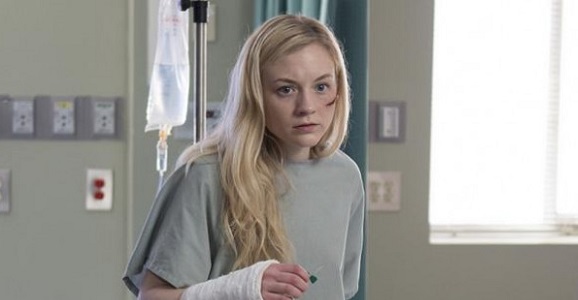 Just as the people-for-people deals are being finalized, Dawn requires the defected Noah return to be her ward, since Beth is leaving. And the younger Greene family survivor, who has been saved by many people in the main group, takes it upon herself to offer up the ultimate sacrifice for NOAH by stabbing Dawn in the shoulder with a pair of scissors hidden in her hand cast. Dawn instinctively pulls the trigger on her gun, blowing Beth’s head open. And though she immediately regretted it, Dawn found no sympathy or forgiveness from Daryl, who put a bullet in her forehead. Luckily, the still-living hospital staff understood that nobody else had to die after that, and all parties split rather unamicably as Daryl cried.

The post-credit sequence tonight once again caught up with Morgan, Rick’s former neighbor who has been following the gang all season. Tonight, Morgan finally made it to the school and the church. It seemed like he might have been ready to call the church home for a while, at least until he found the map with the message about going to Washington on it. I’m somewhat genuinely intrigued by where Morgan and his Goo Goo Clusters are headed, but something needs to actually happen at some point.

“Coda” also brought the teams back together, as Maggie is around just long enough to get excited about Beth being alive before she’s shocked by the sight of Beth’s corpse. Thanks to Father McUseless, Michonne and Carl are once again on the move with that presumably malnourished baby, and I truly expected something else to happen with them by the time the episode ended, other than just getting “rescued.”

So, all in all, I was pretty disappointed with “Coda,” although I’m still enjoying this season as a whole more than the past three. (Season 1 still stands strong in my memory, probably because it was so short.) I got really excited in the cold open when Rick reminded viewers of his badassery when he ran that cop down and then shot him in cold blood, simply for running off. But then nothing exciting happened until Beth got killed; and no, watching that guy get shoved into an elevator shafter after pushing an old man down was not exciting, although it was justified.

The Walking Dead will return to finish off the second half of Season 5 on Sunday, February 8.