The Walking Dead Feast On Monopoly And Risk This Summer

When you’ve finished reading all of the Walking Dead comics, watched the three nearly finished seasons of the TV show, played the stellar Telltale game, played through part of the non-stellar Survival Instinct game before quitting, played the original board game, and read through the tie-in novels, you’re probably in need of something just a step away from entertainment so heavily obsessed with zombies. Well fuck your needs.

The Walking Dead will take over the popular board games Monopoly and Risk this September, according to a press release. Everyone knows nothing makes zombie apocalypses more exciting than real estate issues and land development. USAopoly and Diamond Comic Distributors are the ones to congratulate or blame for this. 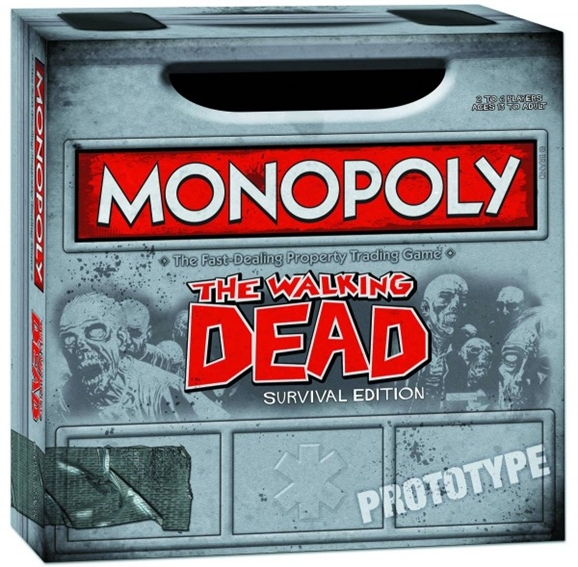 Despite its post-apocalyptic setting, MONOPOLY: The Walking Dead Survival Edition (Diamond Item Code: APR132229: SRP: 39.99) delivers classic Monopoly wheeling and dealing gameplay. Players vie for, and then must fortify, the prime real estate and resources that will sustain their lives. There’s only one victor that will outlast the others – whether living or undead – when all is said and done. This completely customized game features six collectible tokens, optional speed play, and a fight to the finish!

Now when you want to accuse your friend who just “had to be the banker this time” of being a thieving prick, you can just shoot him through his spongy head with Daryl’s crossbow (crossbow not included). I’m not at all sure how this game will go, but I’m more than a little interested, as the customized gameplay and speed option might take away the stigma that hours of regular Monopoly gaming can apply to one’s memory of the game. Unless I get the Carl game piece, and then I’m out of there. I’d rather be the broken wheelbarrow.

In RISK: The Walking Dead Survival Edition (Diamond Item Code: APR132230: SRP: $49.99) it’s a fun, new twist on classic Risk gameplay. USAopoly will debut a brand new map set in the Southeast region of the United States where players battle and scavenge for their very lives. Contending for survival at every turn, gamers must not only fend off attacks from the living who compete for precious, limited resources upon which their survival depends, but they also must maintain their self-preservation from the unrelenting hordes of the undead that would feast upon them. A new deck of “Supply Cards” will add strategy, fun, and flavor to this classic tabletop game. Gamers can expect a fast-paced game of attrition and survival, where this time—the last man standing wins! 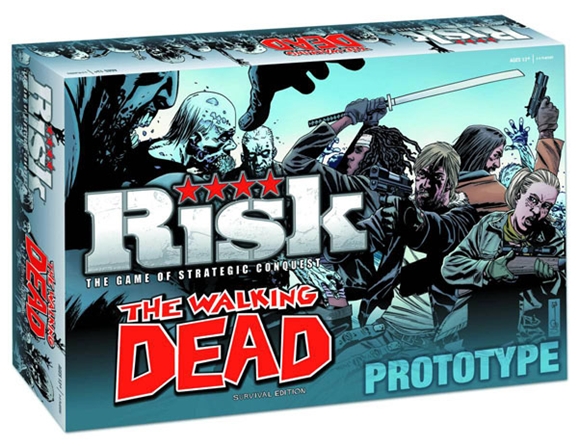 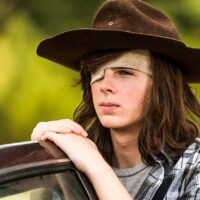 Samantha Morton: How She Returned To The Walking Dead