We’re sure to get some news about AMC’s hit zombie drama The Walking Dead next week at San Diego Comic-Con. Until then, however, we have another new picture from the upcoming fourth season, which premieres this October. The first photo featured Rick Grimes (Andrew Lincoln), the leader of the band of survivors, and this latest offering shows everyone’s favorite good-hearted, redneck, crossbow enthusiast, Daryl Dixon (Norman Reedus). And from the look of things, he’s ready for business.

In this view, Daryl has his face covered with filthy bandana. The real question is, why does he have his face covered by a filthy bandana? Is he trying to conceal his identity? If so, he’s doing a piss poor job. Even missing the bottom part of his face, it wouldn’t be difficult to pick him out of a line up. Daryl is a pretty distinctive looking dude, especially considering he’s taking no pains to disguise himself in any other way. You’d at least want to change your sleeveless denim jacket if you’re going to rob a convenience store, or invade a rival camp.

So maybe this has nothing to do with hiding his identity. You can just as easily imagine that he’s in the process of burning a pile of zombie corpses, trying to keep the smoke out of his lungs. Or perhaps he and Rick are exploring a new place, and stumble across something that has been dead and rotting for some time.

What this really shows us is how The Walking Dead ranks its players. The first two faces we see are Rick and Daryl, and while neither photo reveals much, just seeing either of these two standing around, doing nothing, is enough to get fans interested. They are, and should be, the main focus. Daryl is by far the best character on the show, which is ironic considering he doesn’t appear in Robert Kirkman’s comics that serve as the source material. He has more range and depth than any other character, and has been a fan favorite since day one, so it makes sense for him to figure prominently in the promotion for the new season.

Season four may be a make or break year for me and The Walking Dead. Our relationship is in a rocky place. Last year was wild ride, and contained some of best episodes in the series, as well as some of the absolute worst. If they can pull it together—and have more weeks like the fantastic “Clear,” and less like the dismal “Arrow on the Doorpost”—the show could finally live up to its potential.

Two things make me optimistic that they could right the ship. First, new showrunner Scott Gimple has, as a writer, delivered the highest quality, most memorable episodes over the last couple of seasons. My hope is that as he takes the helm, he’ll be able to steer The Walking Dead in the right direction, and deliver a more consistent product. That’s one of the most frustrating things about the series, you never know what you’re going to get from week to week, and that’s maddening as a viewer.

My second reason for hope is the death of Andrea (Laurie Holden) at the end of season two. Not because I didn’t like her. I’ve never made my distaste for her character in the show (in the comics she is one of the best characters), but in this instance my personal feelings don’t play into it. The decision to kill off a major character, especially one who is still alive and thriving in the comics, shows a willingness to depart from the preexisting storylines. Up to this point any changes the series has made have been relatively minor, and it feels like they’re trying to do their own thing, to move in their own direction, but not prepared to commit to it.

It makes sense, they don’t want to alienate fans of the comics, but now that the show is popular enough, it has its own fans. Trying to stay too close to the stories in the comics has been a failure, and wound up a jumbled mess. They’ve already alienated many fans of Kirkman’s comics. I’d like to see Gimple and company branch out and the really make the show its own standalone entity.

Yellowstone Season 4: We Know If Costner’s Show Ends After 3 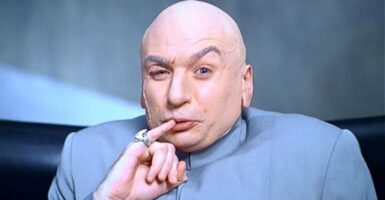 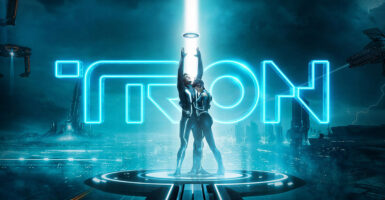