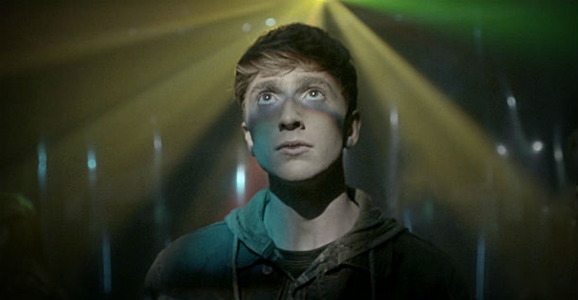 In the Flesh (BBC America, Spring TBA)
Zombies are all the rage these days. They’ve taken AMC by storm. They made half a billion dollars in a movie everyone expected to be terrible. Okay, so they’re not a foolproof idea, but still: we loves us some undead people. While the BBC’s In the Flesh may not have nearly the notoriety as The Walking Dead or World War Z, it did get pretty great reviews when it premiered on BBC Three last March (and later on BBC America here in the States). It’s set four years after the zombie apocalypse, but this vision of doomsday is a lot more optimistic than most. It was a rough go, but mankind managed to survive “the Rising,” and things are getting back to normal…sort of.

See, the surviving zombies — the ones who weren’t (re)killed during the so-called “Pale Wars” — have been rehabilitated to help them shake that nasty human-flesh habit, and they’re now being reintegrated back into society. They aren’t even called zombies anymore; they’ve been given a more politically correct designation as sufferers of “partially deceased syndrome” (PDS). They’re given makeup and contacts so they can try and pass for human, but the PDS set still faces significant prejudice, as you would expect when the new kid at school once ate your uncle Leo.

Set in the small British village of Roarton, In the Flesh follows PDS teenager Kieren Walker (I see what they did there) as he tries to return to his pre-brain-eating days, but it’s not easy when he’s viewed with distrust at best, outright hostility at worst. Plus, while he and the other PDS folks take daily injections to stifle their bloodlust, Kieren still remembers his time spent hankering for a hunk-a human.

The original series was only three episodes long, but it’s returning in 2014 with an extended run of episodes, likely six. Here’s the official synopsis for the second season:

Series two revisits the cauldron of Roarton where the living and the undead have reached a fragile peace. After the shocking events of series one, Kieren is hoping to get on with his second life but the arrival of new and explosive characters throws those plans into disarray. Battle lines are drawn and all will be judged.